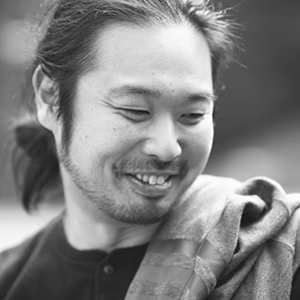 I developed an educational program that enables users to learn the fusion of physicality and digital through recreation.

At the same time, I negotiated and organized the field to implement such an educational program. I had the public elementary school in the depopulated town that I live in incorporate a digital fabrication class into their general school program. To be more specific, this is an educational program that focuses on 3D modeling and 3D printer studies using flying discs. The reason that I decided to feature flying discs as the subject is because I am a flying disc  player myself and I have the ability to teach unique throwing techniques, tricks, as well as creative ways to play the game. Children in elementary schools are in the phase of training their space perceptions, imagination, and physical senses using their bodies, rather than their minds. As I noticed the importance of feeling, instead of thinking, I wanted the students to experience that a simple object like a flying disc  can fly in different ways depending on its form through making their own flying discs using 3D modeling and 3D printers.

The idea of this flying disc class came across my mind 5-6 years ago, when I saw about 20 kids hanging out at the park, all quietly, looking down at their games. They may have been chatting through the network, but no communication was being made among them in the real world.
I wouldn’t say they that they never play sports or communicate directly, but in any case, I couldn’t help but get the impression that the scene was “being played by the digital”.
Things seemed so much different from when I was little, when I used to run around and at the park and enjoy physical activities. Through this experience, I came up with the idea of creating a session for the children, where they could utilize the digital technology and physically play at the same time.

I negotiated with the Principal of the elementary school in the depopulated town that I live in, and began giving this special digital fabrication class to the students. Instead of making it a one-time workshop, I asked the school to incorporate this class into their general school program so it could be held every year. With the support from the Board of Education, the class became an annual event and was held for the 3rd time this year (2017). Students at the elementary school are definitely becoming more familiarized with 3D modeling and digital fabrication. I structured the special class based on my knowledge and skill of free style flying disc and 3D modeling. In my class, I make a few students share a computer, so they can help each other through direct communication. As the region is depopulated, there are not many students at the school. This turned out to be a perfect environment for me to teach the concept of modeling. By holding the modeling class after playing flying disc and exercising, students become more active in participating in the class.

How is your work used?

In the class that I developed, students are able to train their ability of space perception, imagination, and physical senses, through making their ownFlying discs using 3d printing technology. This training also gives special attention to experiencing, instead of just thinking about, the designed flight of the Flying disc.
Starting with a full physical motion, and a release from the tip of the finger, a flying disc floats in the air and becomes a communication tool for the players. Designing the form of a flying disc also leads to designing its float, or the flight itself.
As students feel the desire to catch the flying flying disc, they may feel like time has stopped. Or, by creating a depth of field in between the flying disc and the world, they may even have the illusion that they are floating in the air, like the flying disc . What causes this mysterious sensation? By utilizing digital technology and analyzing through 3D modeling and digital fabrication, students will find out how this sense of floating is created. 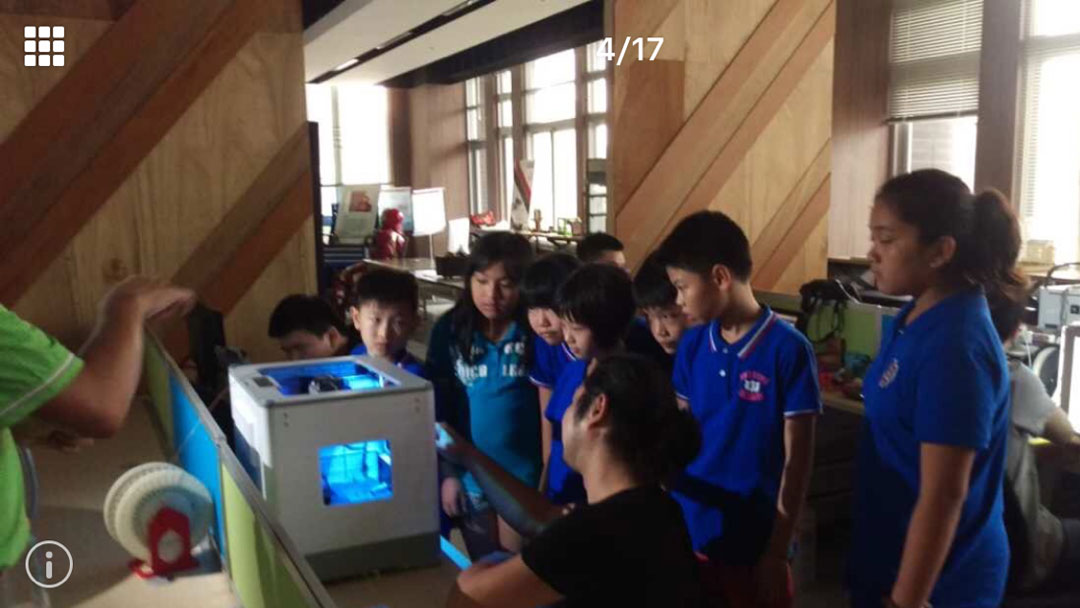 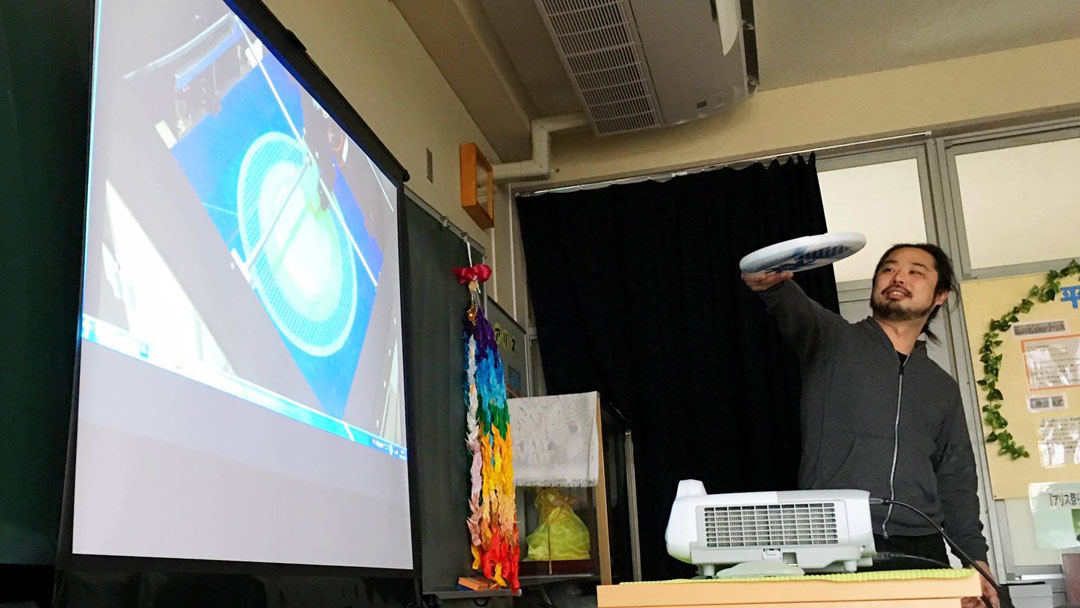 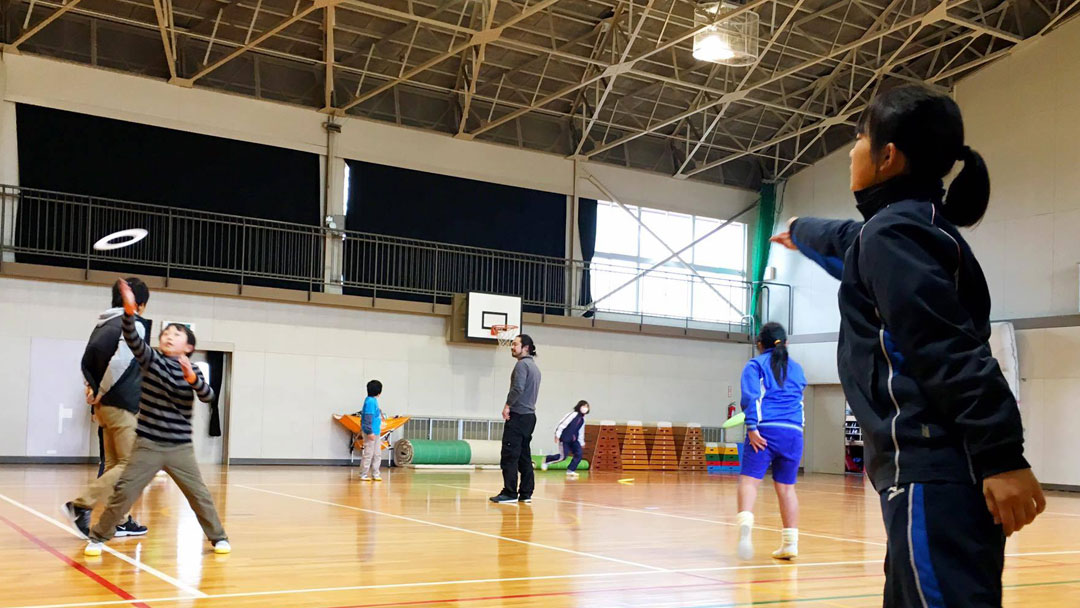 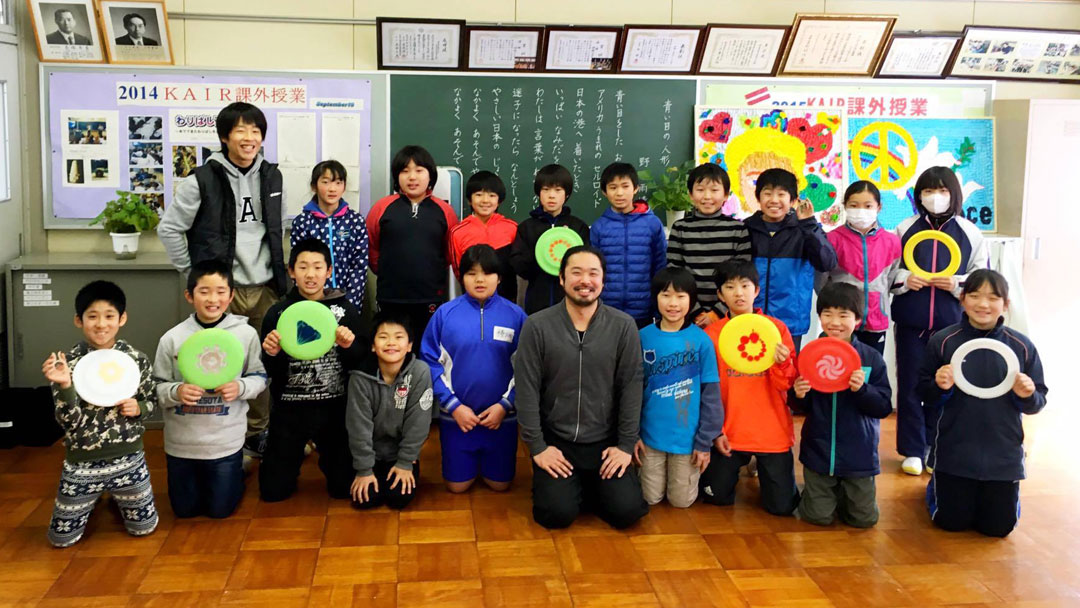