Calling for HAPTIC DESIGNS that connect us to the world around us through our sense of touch.

The special prize, HAPTIC DESIGN Award calls for touch-based designs of works or projects. Haptic refers to our sense of touch, which is one of our five senses, and these designs focus on tactile designs that allow us to connect with the world around us with our whole body through touch.

We’re hoping to see submissions such as:

Now that the Internet has become a fixture in our everyday lives and we are living in the post-internet age when the divide between the net and real life is becoming increasingly blurred, there is a greater need to include a sense of physicality such as demonstrating reality and aliveness in our expression. If we can refer to designing sensory information for a specific purpose as design, then we can design even the act of touching.

We’re super excited to see the submissions for HAPTIC DESIGNS, which emerge from the blur between the physical and digital.

What is HAPTIC DESIGN?

Our sense of touch lets us perceive, with our bodies, where we end and the world around us begins.
Through physical contact with our skin, we can feel the texture of objects around us. At the same time, this touch conveys a realness: the realness of the other entity; the realness of ourselves. Touch is also strongly connected to our emotions, the empathy we feel for that outside entity, and it can help to deepen those feelings.

HAPTIC DESIGN is design that consciously utilizes three characteristic elements of our sense of touch: not only texture and the transfer of information, but the relationships formed between people and the world around them through their bodies. 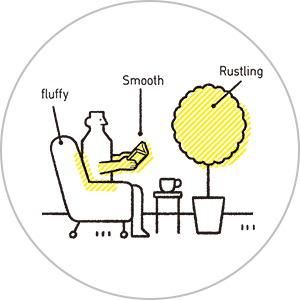 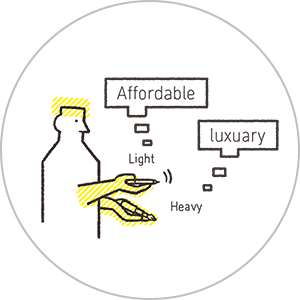 Self and the Environment:
Touch and Reality Design 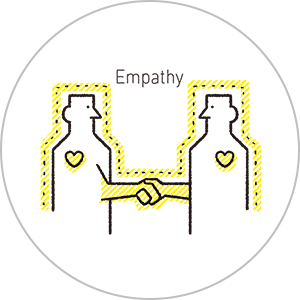 Relationships with Others:
Touch and Communication Design

The HAPTIC DESIGN PROJECT offers us a chance to rethink our sense of touch, which is one of our senses that we use every day without so much as a second thought. The project focuses on incorporating into designs our physical memories and experiences that stem from tactile sensations as well as the feeling of being connected with others, in a bid to create new products and experiences that appeal to our natural instincts and make us feel even more comfy and at ease.

This HAPTIC DESIGN Award is the first step in creating a future in which haptic designers can actively engage with society. We look forward to seeing a wide array of entries that shake people to the core all around the world. 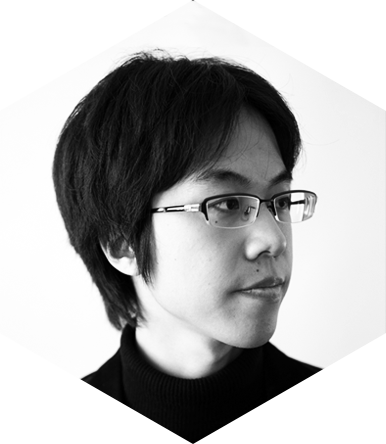 2010: Completed a Doctoral Degree majoring in System Information Studies at the University of Tokyo's Graduate School of Information and Technology Studies. Conducted research on Haptic Media and Embodied Media: media that uses sense of touch to deliver a physical experience. Followed by publishing scholarly articles such as those related to SIGGRAPH Emerging Technologies and promoted the spread of embodied technologies that led to TECHTILE movements. 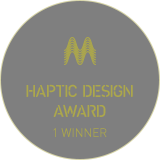 The HAPTIC DESIGN Award will be chosen based on its own unique set of selection criteria.

The winner or entrants who have submitted outstanding works may also be asked to participate in joint development projects, which the HAPTIC DESIGN Project has slated to conduct with specific companies.