I'm evolving into a box. 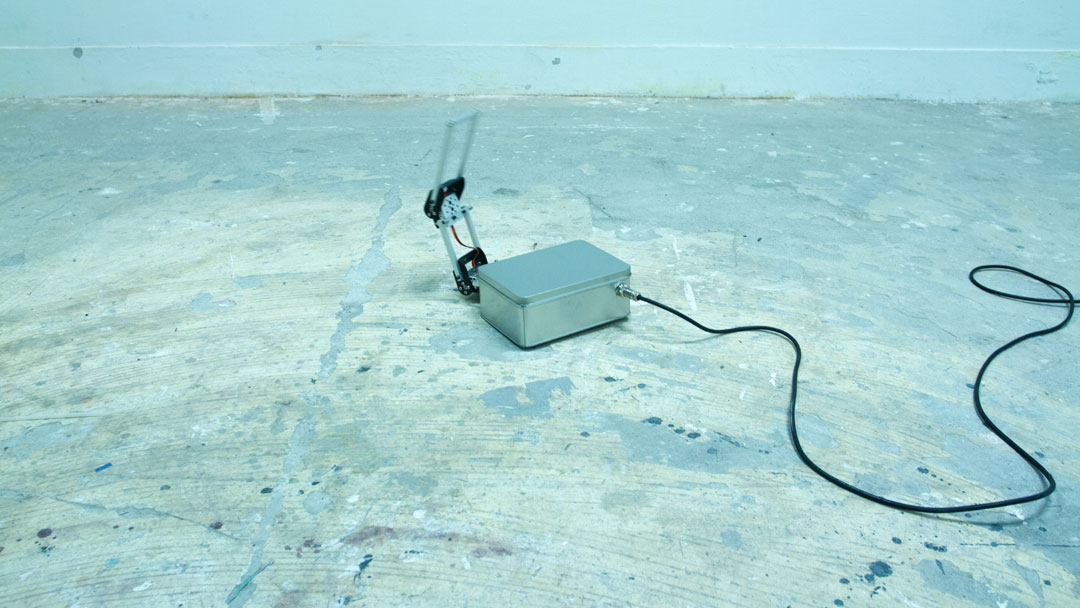 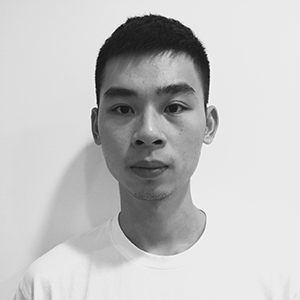 “I’m evolving into a box.” is an iron box with an irrelevant mechanical arm and brain. The mechanical arm has been manufactured by aluminium pipes and two servo motor. The brain, Raspberry pi, gets data from a remote computer with NEAT (Genetic algorithm + Neural Network algorithm) running in realtime. The iron box, just like a newborn life, learns how to use the unknown arm. The whole period of this installation’s exhibition demonstrates how artificial intelligence drives daily objects. Through this process, the installation transmits a paradoxical condition.

What can we see beyond those technologies? Engineers try to make things biological, but it doesn’t seem to be so simple. Actually, engineers sometimes create a status that exists between biological and non-biological and this status can feel strange. Therefore, I try to demonstrate this subtle status. When I created this work, I was wondering what would happen if an artificial intelligence algorithm was installed into a lifeless object? After simulating what it would look like, the answer was unimaginable, and that is why the algorithm works. The end result was that I combined an iron box and an artificial intelligence algorithm, training a box act like a box.

At first, I used SketchUp to simulate my installation ideas, including size, material, the components fitness. Due to a continuous bump, I chose metal as my material.

The mechanical arm is composed by aluminium pipes and two servo motors. These pipes have been drilled and built up by a variety of specific screws. The main body of the installation is a ready-made iron box. The iron box is made of aluminum pipes and one Raspberry Pi which as a central controller while two decoders act as the reference of machine learning algorithm.

I use NEAT (Genetic algorithm + Neural Network algorithm) for the installation to have the ability to “think”. Due to the speed of calculation, I installed the algorithm on a remote computer which runs in realtime. The computer calculates the motion signal and receives the installation’s feedback signal repeated and continuously, which allows it to figure out the next step. 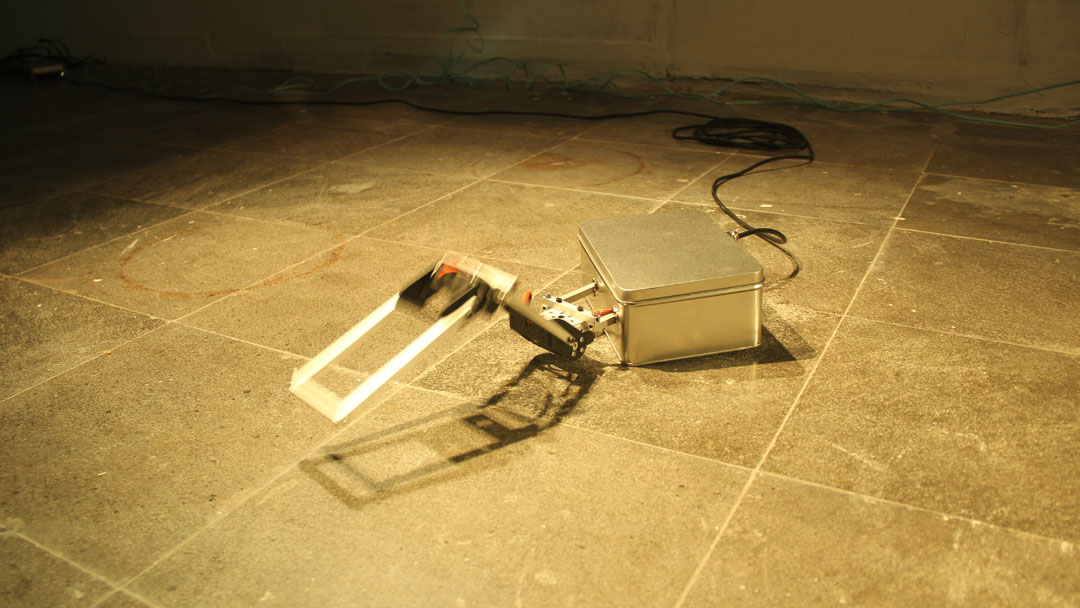 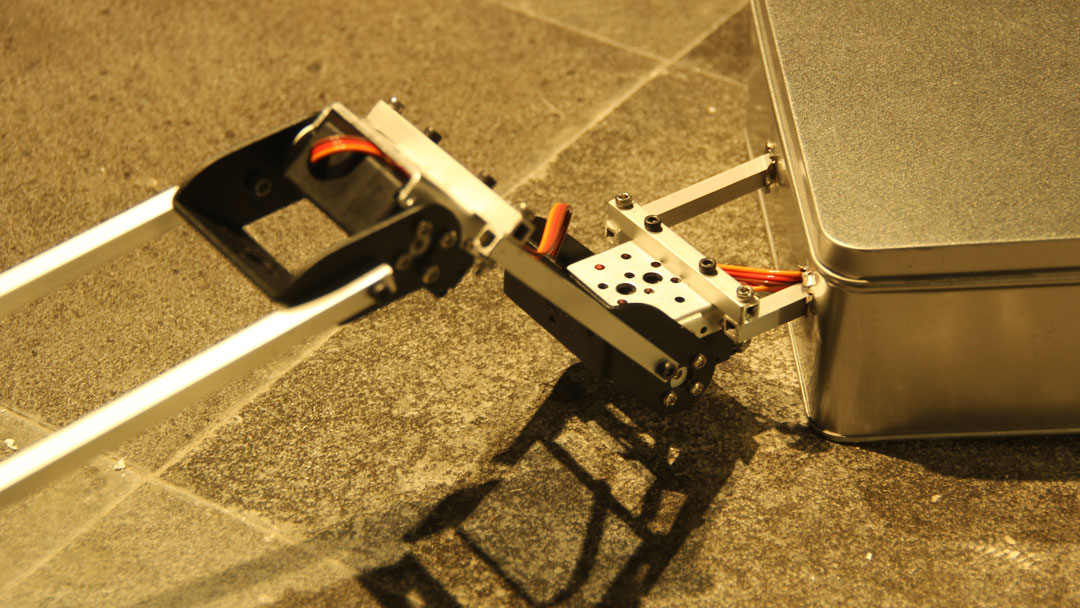 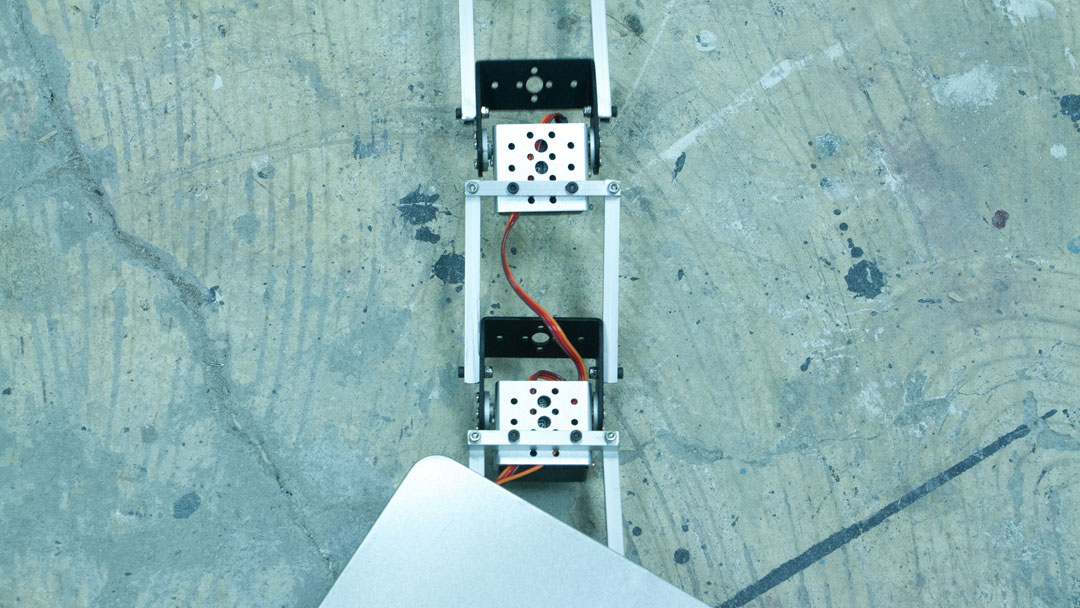 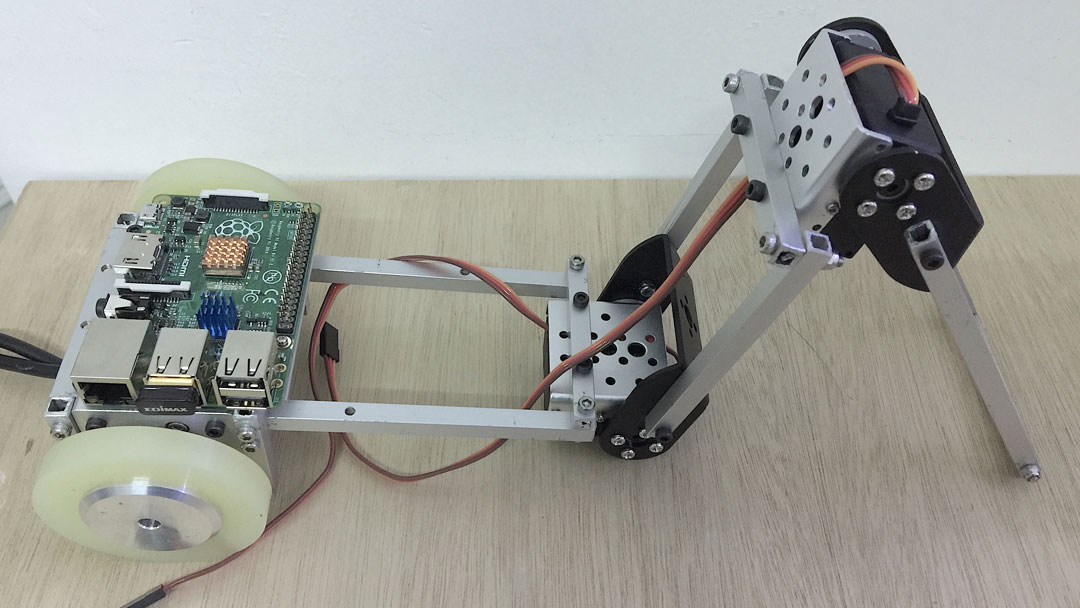