FaFab Moves to a New Phase of “Connections”

On January 22, FabCafe hosted the YouFab Global Creative Award ceremony. We will report on the standout winners chosen from 152 entries across 26 countries, crosstalk from the judges and the events of the day divided into two parts.

YouFab is a global creative award that recognizes excellence in the field of digital fabrication. In addition to the works that are produced, new machines that do the producing are also eligible. The contest was born from the desire to make digital technology, which will change the future of making, more interesting.

This year was the fourth occasion of the contest and it was hosted at FabCafe Tokyo as well as FabCafe Globals in Taipei, Barcelona and Bangkok. Creative works gathered from all over the world. 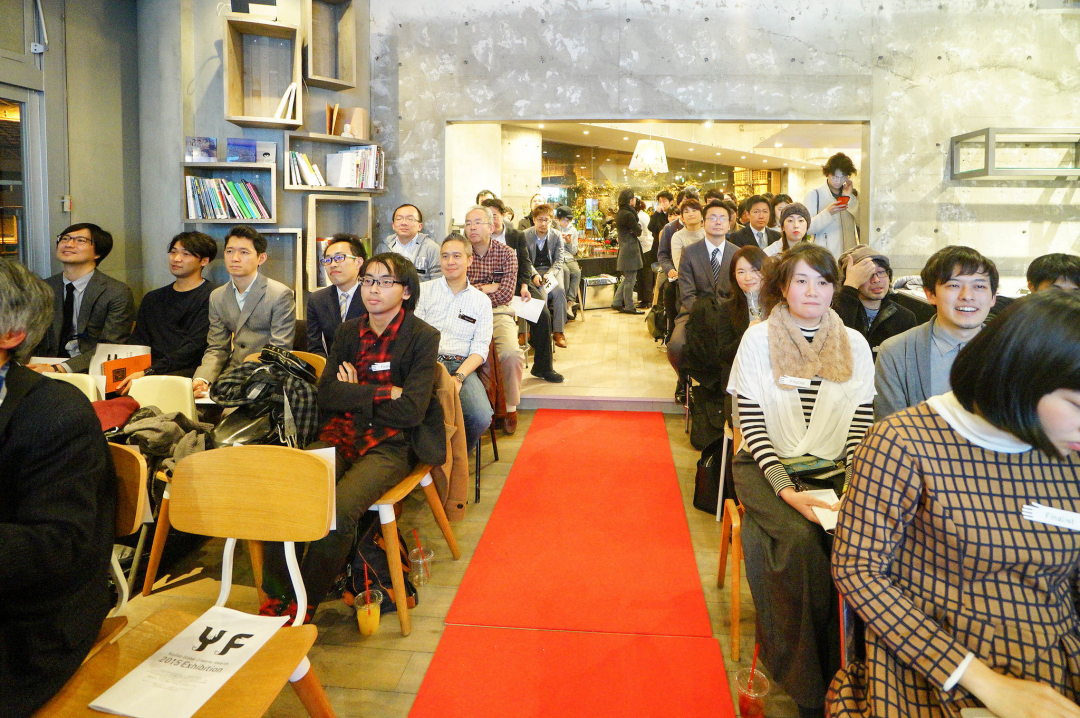 Over 100 participants gathered on the day of the contest and the awards ceremony was a grand success.

YouFab consists of the five categories of Products, Art, Machines, Beyond and the newly added category of Hack. The standout works from among all the categories was selected, and the most spectacular from these was the Kinematics Dress (Category: Products) from the US design studio Nervous System.

The Kinematics Dress is a one piece produced with a 3D printer. The dress is characterized by its light and delicate see-through form, but the dress is actually printed as is using thousands of large and small triangular, interlocking components. The makers made the amazing technical realization that, because each dress is printed out in a folded state, dresses larger than the printers’ output sizes could be produced. As it is possible to do a 3D scan and model the wearers’ bodies before printing, dresses can be made with the prefect sizing. Users of the dedicated Kinematics Cloth app can customize the size, style, pliability and even the pattern of their dress!

The makers combined design, simulation and digital fabrication to create something both complex and customizable – this act of actualizing a new form of craftsmanship was the deciding factor in the award. The makers themselves spoke of the product in the following way during their promotional video.

“This idea began with bracelet-making and grew into dresses. Each of the individual parts are hard (they are made of laser-sinted nylon), but due to an ingenious organization the parts are fit to body to make clothing easy to move win. We challenge ourselves to combine engineering and scientific techniques into our design and craftsmanship.”

Sadly, the two founders of Nervous System were unable to attend due to a meeting in New Zealand, but a video message from member Jessica Rosenkrantz expressing her thanks was played at the event hall. 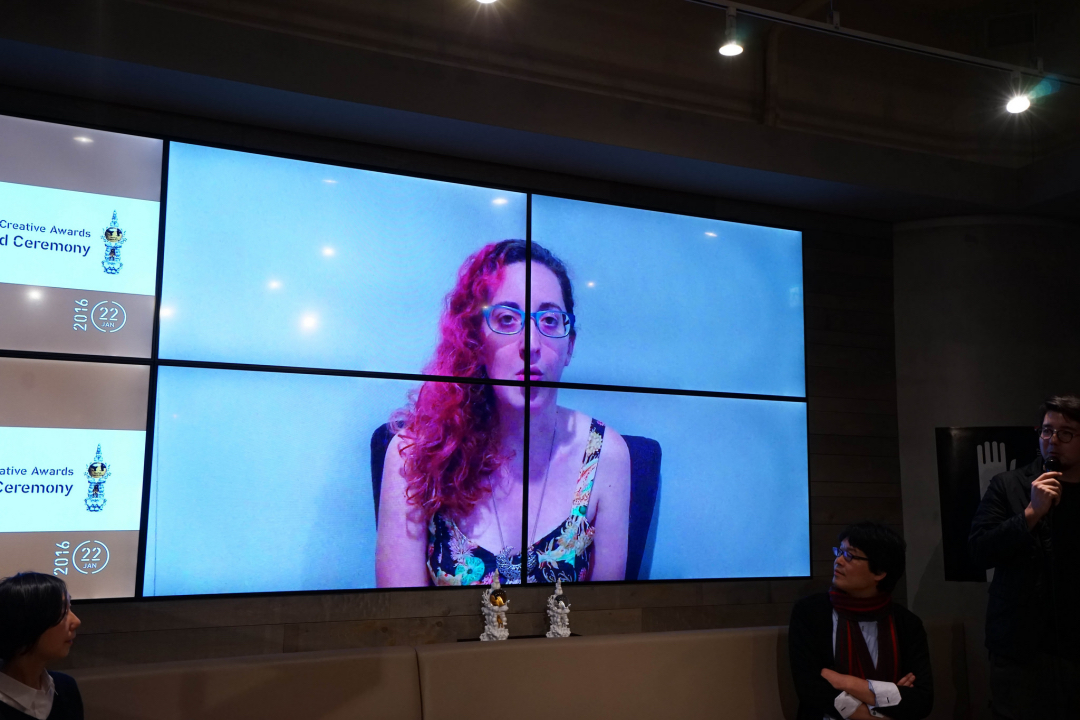 Their other product titled “Growing Objects – 3D printed zoetropes” (Category: Art) was also a finalist. These allude to 19th century animation devices called “zoetropes”. By rotating engravings produced by a 3D printer and shining light on them, the piece shows a splendid animation of the growth of living things.

First Prize | A Sprinkle of Intuition with Computer Control, Gesture-Style

Coming in second was Making Gestures: A personal Design and Fabrication system by Chilean architect and inventor Diego Pinochet (Category: Machines). The somehow mysterious promotional video showed Diego himself holding his hands out like a kung fu master and the machine in front of him responding by using a hot wire cutter to slice through material. 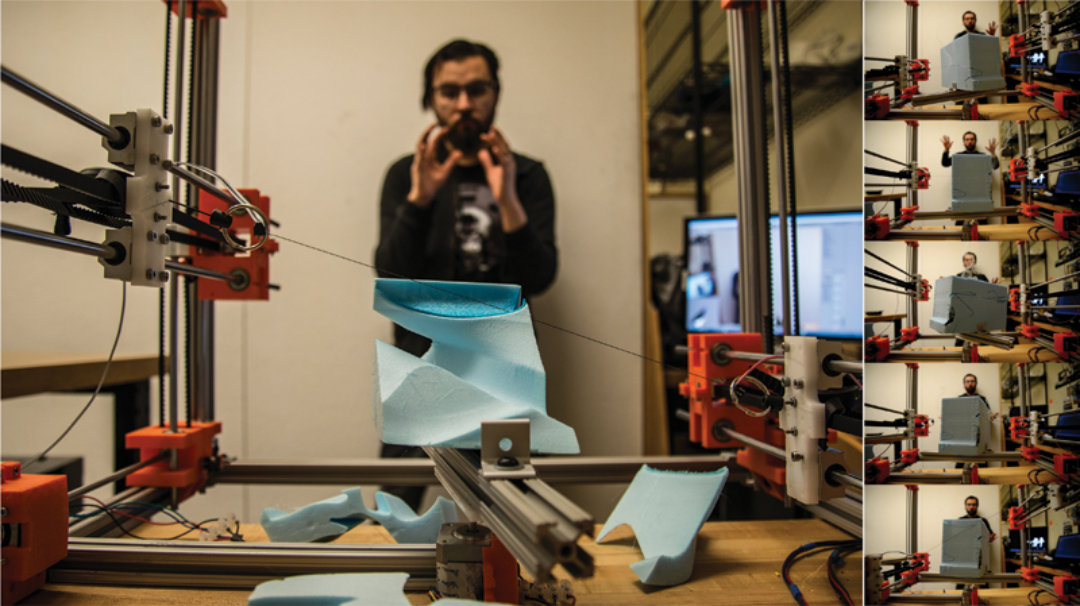 This machine is a 5-Axis CNC Machine that can be controlled in real time with the user’s movements. Diego took the CNC (computer numerical control) devices whose strengths lie in the ability to finely control machine tools using computers and dared to pair that with the human body—something analog and more intuitive. Depending on how it evolves, we can expect a diverse future for craftsmanship ranging of optimization to more experimental creative techniques.

Pinochet himself attended the award ceremony. The plan was for him to present a works actually produced by the machine and a small model of the machine itself, but we learned that, unfortunately, the pieces had been seized by Chilean customs for some reason. Still, with a smile he said, “I am happy that YouFab will have the chance to judge another new challenge like this one.” Diego also seems interested in Japanese culture, so we hope his stay can connect to some new ideas! 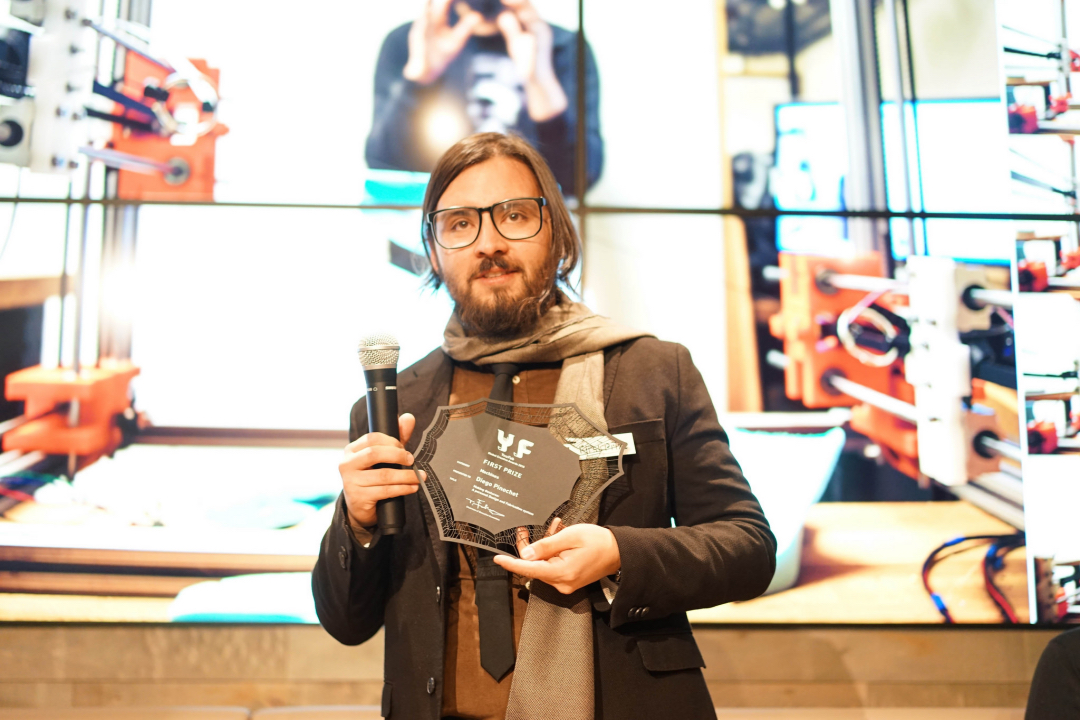 The YouFab trophies are designed by the artist Kouhei Nawa. These were also produced by a high precision 3D printer. 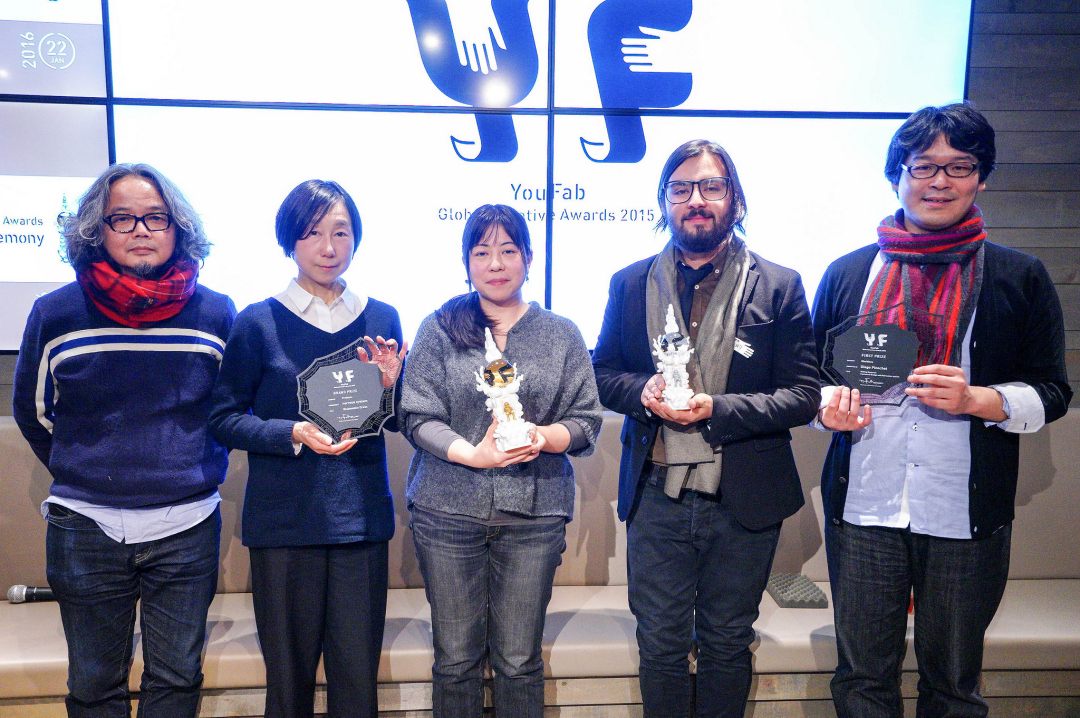 Receiving the award in the place of absent Nervous System was Tamaho Shigemura, Jessica’s classmate at MIT and Harvard and member of the ALGORITHM DESIGN Lab. 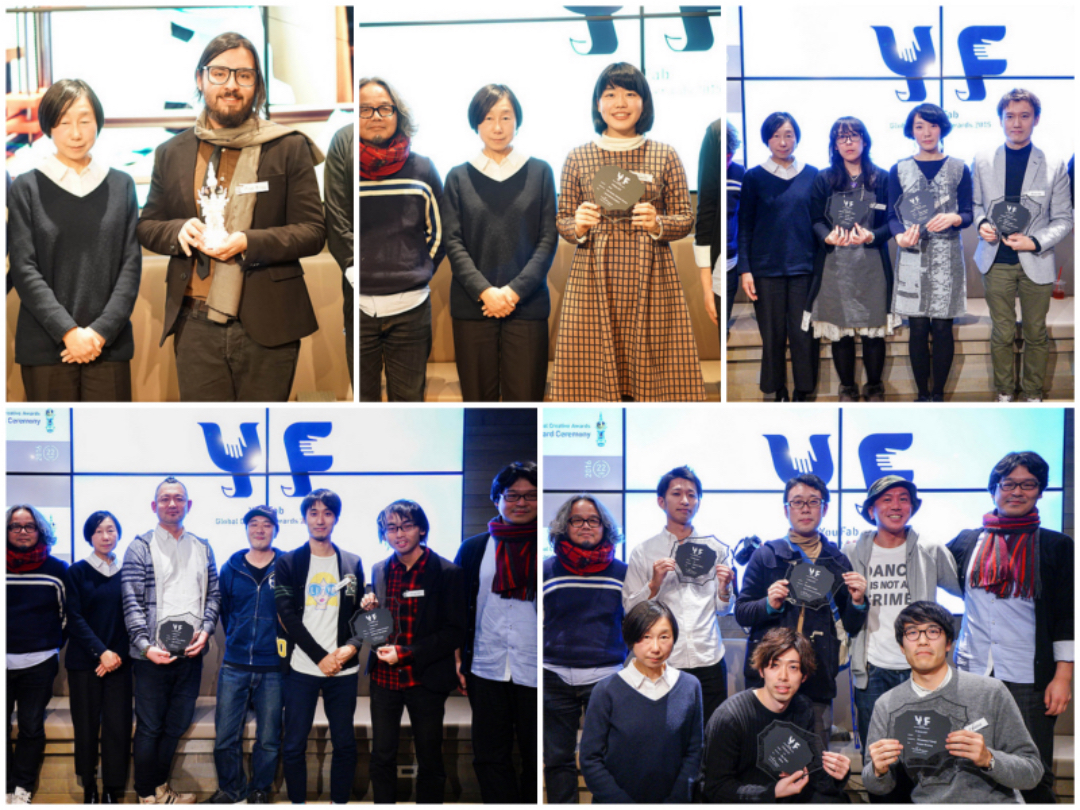 In the second part, we will report on the talk session by Hiroya Tanaka and Yukiko Shikata.