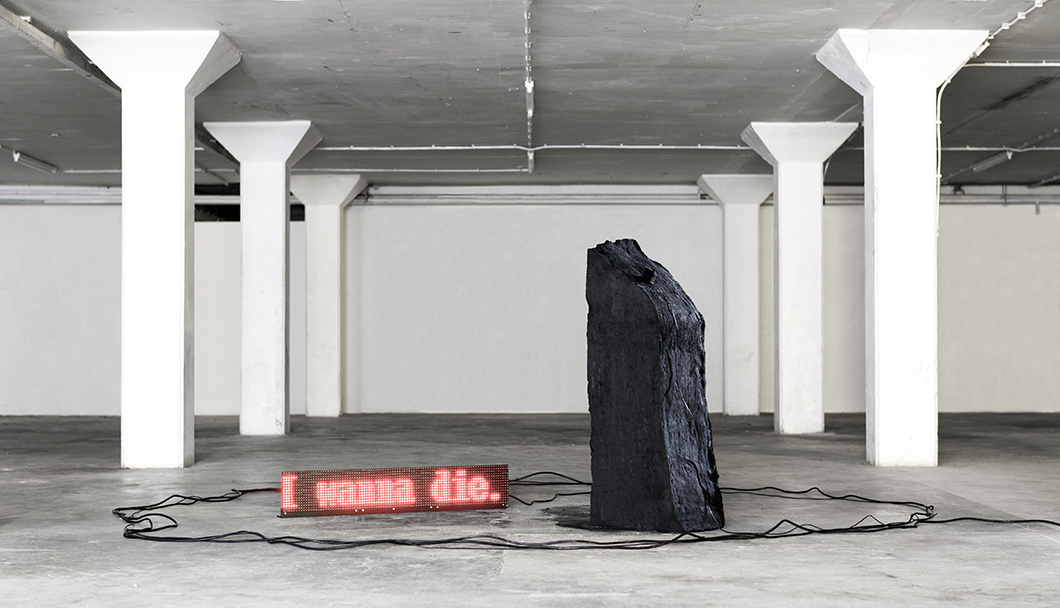 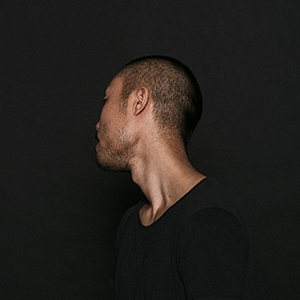 Overflowing “suicide tweets” on a Twitter timeline is the stream of digital signals or flashing lights. Behind each tweet is a human being. Each tweet has a written expression of the suffering in their heart. From that point, a question formed: does emotion dwell in a digital signal or a flashing light itself and can people recognize it?

One of the important starting points of this project is the contemplation of the “weight of words”. Words in the face to face conversation, the words used to write a letter, and the words being typed with the keyboard, these are originally the same as a linguistic expression of emotion, but each creates different dynamic. I was seeking to answer the question: if a suicide tweet, which contains fierce emotion, has physical weight, what could it logically be?

Voltaic Realism reconverts the digital signals that was converted from words, a form of heart, into carbon. The questions raised are: what does the carbon that is scraped off and gradually accumulates on the floor imply? Does emotion exist in the carbon atom? Is it the materialized state of someone’s heart?

Over 8 hundred thousand people commit suicide every year, and there are many more who attempt suicide. While it can be stopped by those nearby, it is hard to notice the darkness in another person’s heart. One day, I searched “I wanna die” in Japanese on Twitter. Instantly, my screen was flooded with tweets, with new ones appearing every second. The result was the same in other languages.

People consciously/unconsciously try to look away from negatives. Concepts like life and death, light and shadow, victory and defeat, connotes one another, and makes one whole. Not to contemplate the negative is pretermitting the large half of the thing. Do we truly recognize our society by avoiding what we do not want to see?

‘Finding truth by facing fact’ is also a reason for making this project.

I do not judge the suicide, neither beautify nor rebuke it. It is just ultimately frightful and sad. The reasons which make people want to die are all different for each individual situation. Normally, it is almost invisible around us, so I aimed to reveal ‘it’ as a reality.

Today, we live in the generation that large amount of communication is done by digital signals such as e-mail, online chat, and SNS. The information is instant and fast in this age of media saturation. One viewpoint of this project is the questions ‘can we miss the importance of a single piece of information?’ and, ‘Have we overlooked the physical impact of digital communication?’.

Furthermore, since this project uses real-time information as a material, the viewers will perceive things which are happening at the moment somewhere on this planet, not in the same way as usual experience: watching the flashing lights on a display of smartphone or laptop. Linguistically diverse tweets emphasizes the universality of the topic: suicide. This effect gives viewers a sense of commitment, no cultural or racial barriers exist. 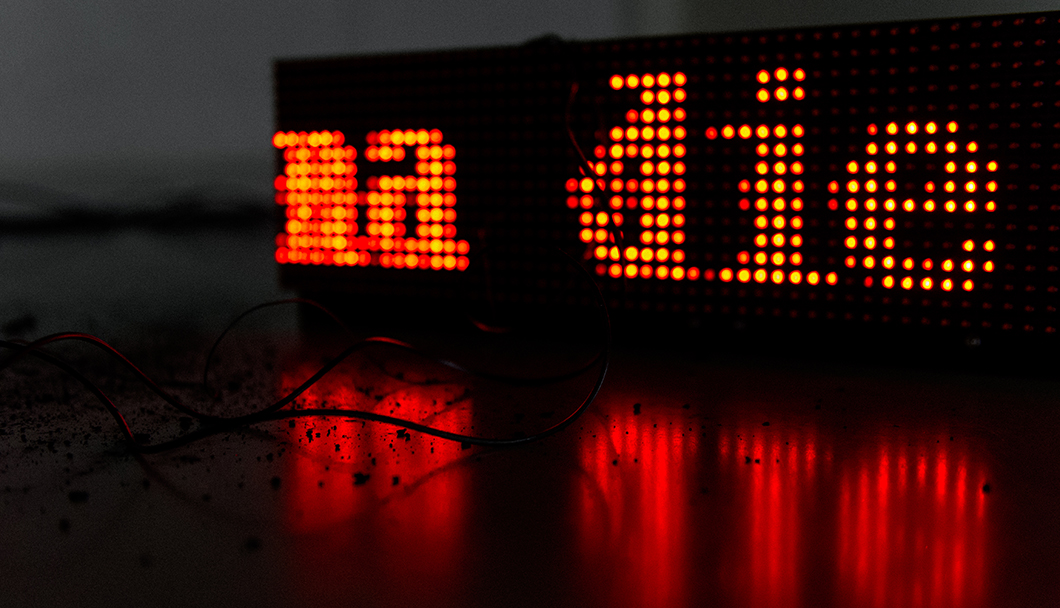 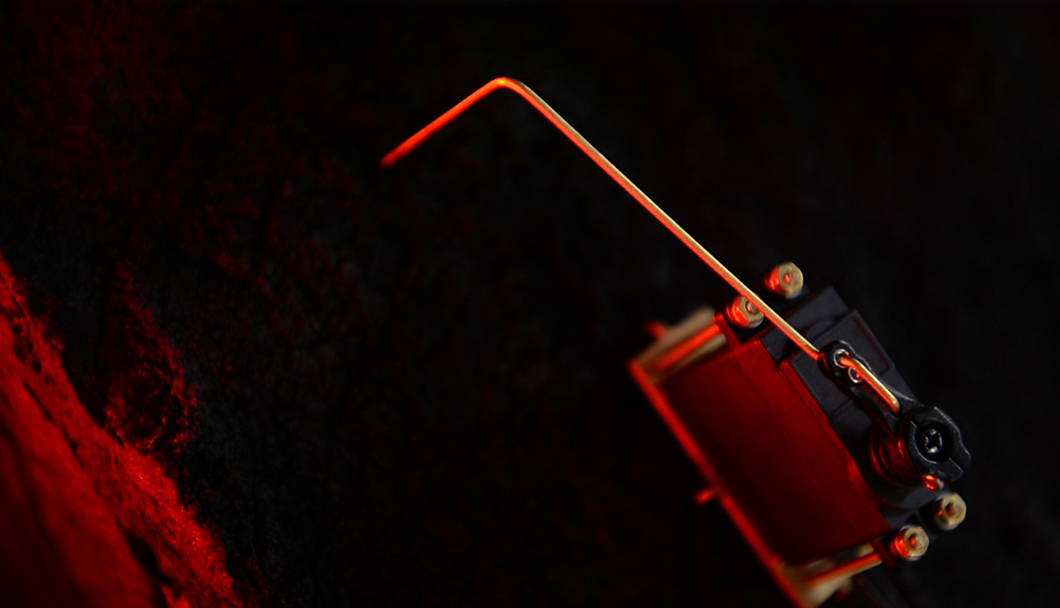 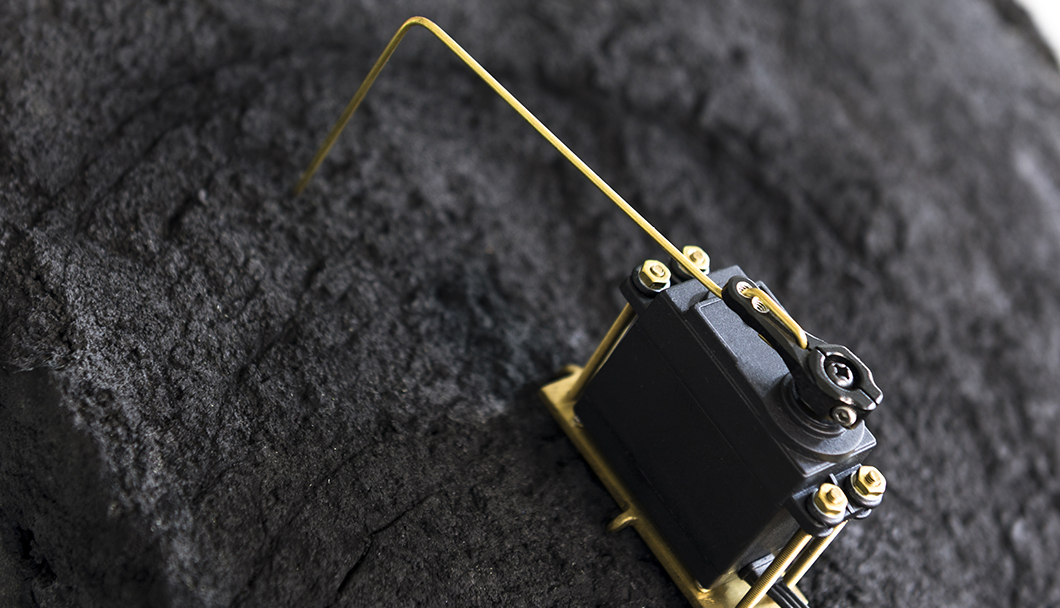