Every year, in addition to the YouFab Grand Prize, YouFab offers a special prize in collaboration with external partners. This year, YouFab welcomed Panasonic as a partner and together, they created the “Next STEAM Prize.”

On September 27, YouFab held a special Next STEAM talk event at 100BANCH and invited several guest speakers to share their experiences of designing for learning. The guests included YouFab judge and Plaplax Ltd. representative, Motoshi Chikamori and Azby Brown from Safecast, a Citizen Science organization that formed following the Fukushima Radiation Disaster of 3/11 by offering DIY geiger counters and an open platform for sharing radiation data around the world. Also welcomed to the event was Jumpei Suzuki and Kazuyoshi Motoki from unworkshop, an educator unit. The guests shared their experiences of designing for education from each of their unique perspectives.

Experience and learn with your own hands

The evening opened with short presentations from each guest speaker. 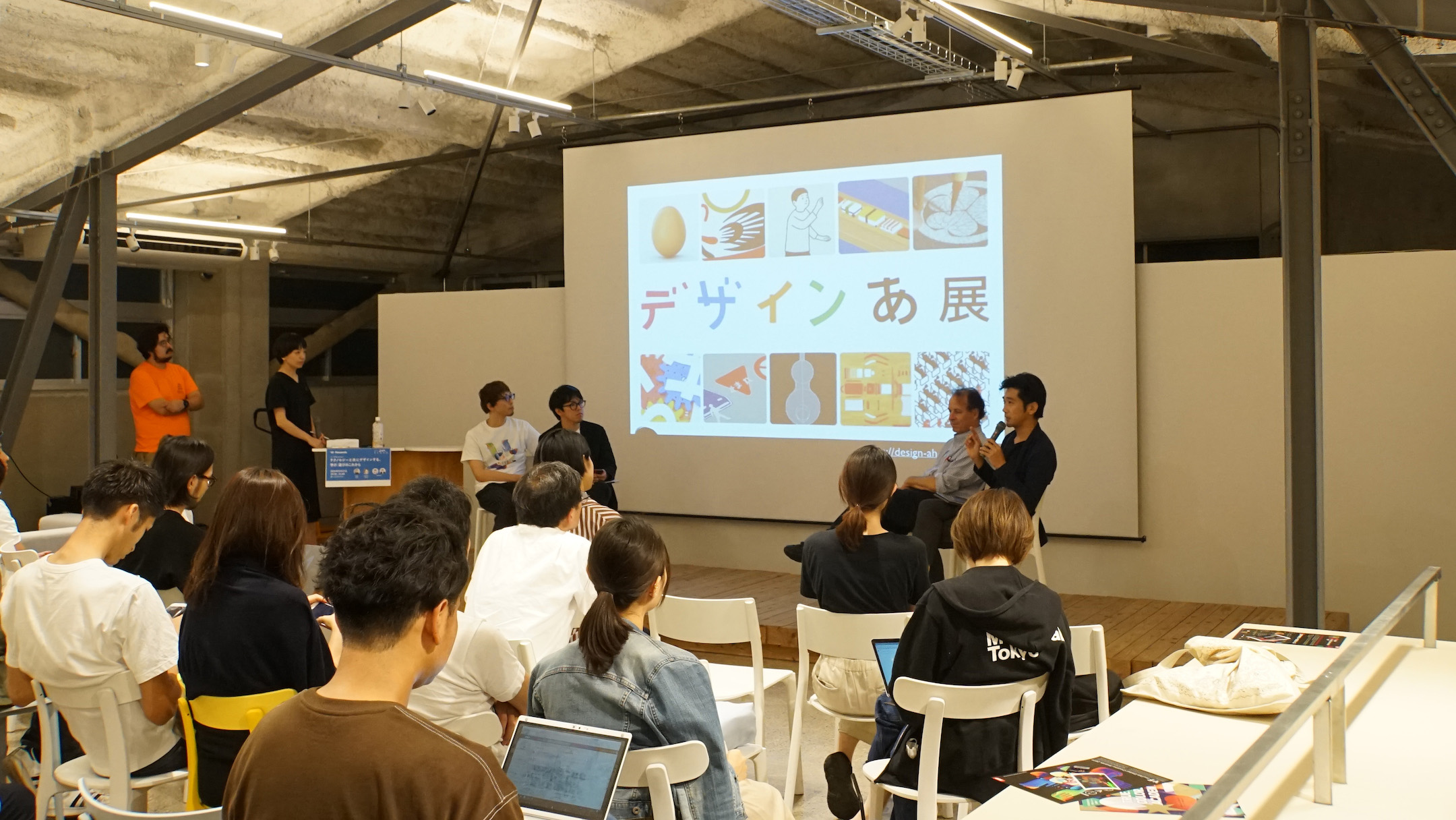 Chikamori introduced works from PlaPlax’s “Design Ah! Exhibition”, which was a hands-on exhibition which aimed to ‘nurture the design mind’ of kids. 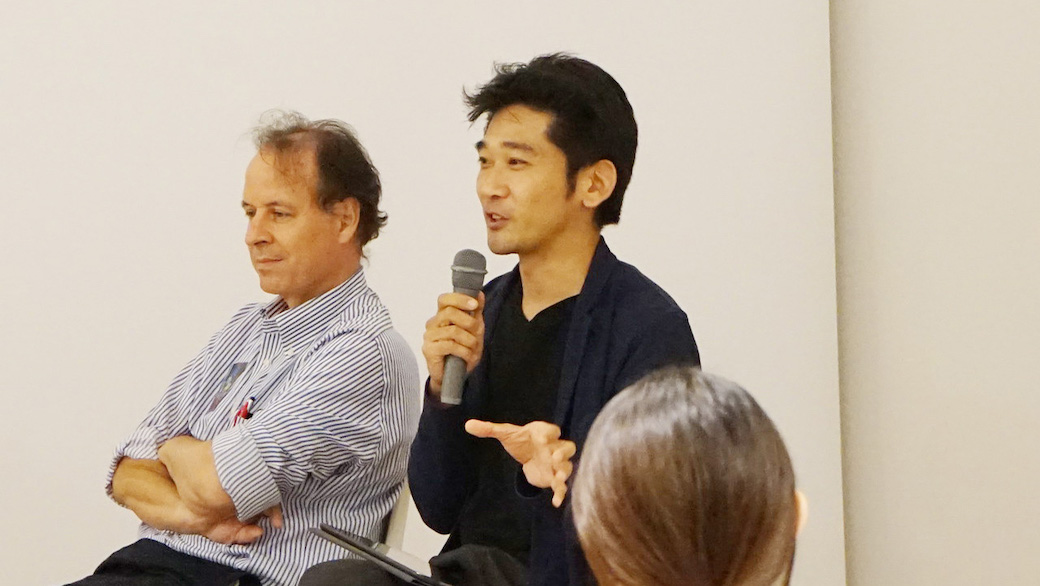 When discussing the Next STEAM Prize, he commented, “I hadn’t been particularly conscious about STEAM in my work until now. I think media art and design areas had been working within STEAM originally without being aware of it. I hope through the award, we can find people who are willing to broaden and challenge the idea of what STEAM is.” 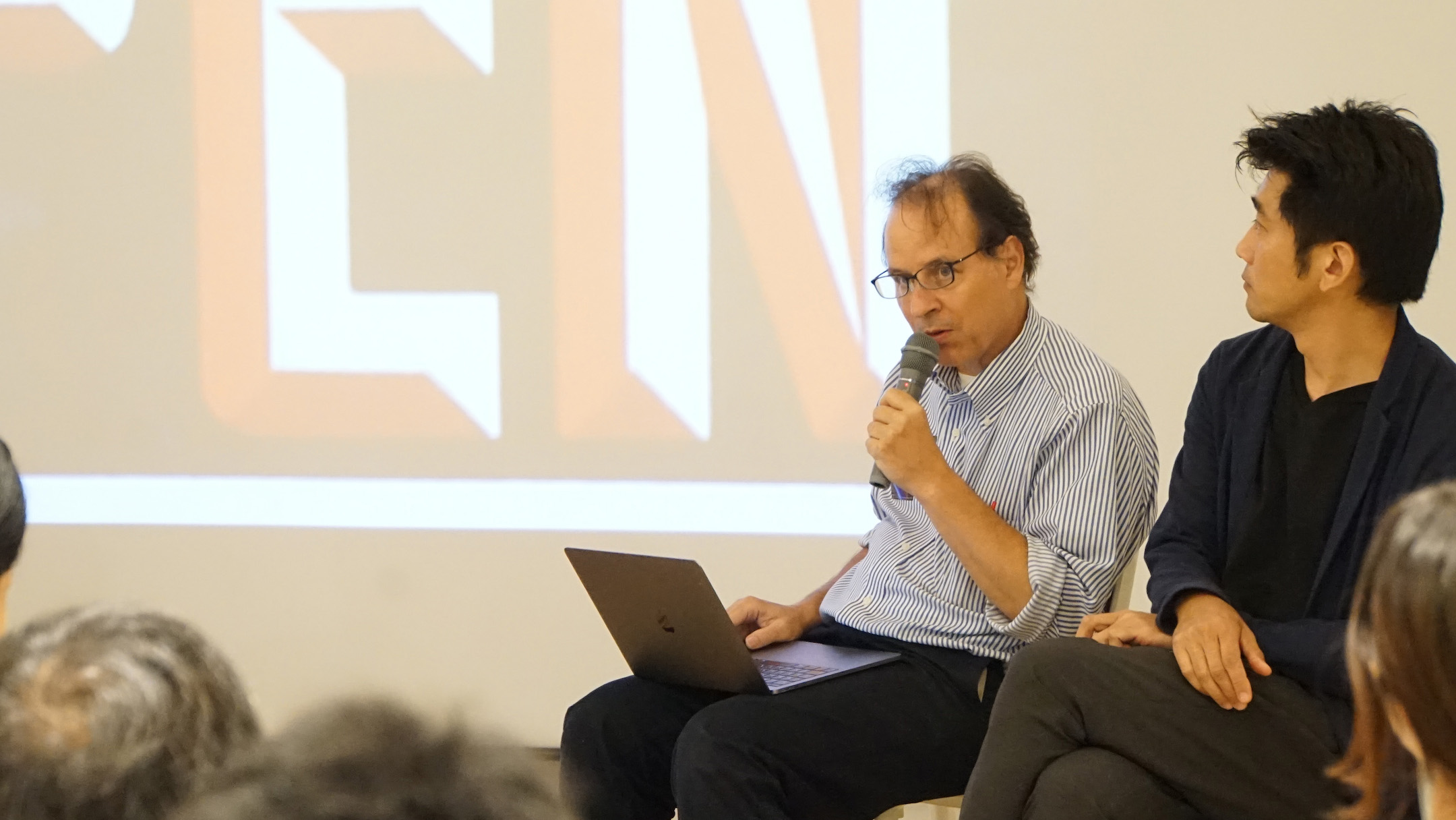 Brown presented Safecast’s work through videos and through his presentation, he championed the “community-centric” aspect of the project and its “anti-disciplinary” nature. Lowering the traditional barriers present in scientific communities, the project encourages community-driven “citizen-science.” Brown stressed how important the act of using your hands can be in the learning process. He concluded his presentation on a motivational note, saying, “You may think you cannot do it, but this is wrong. You can do it, you can truly do it. Envisioning it is important”. 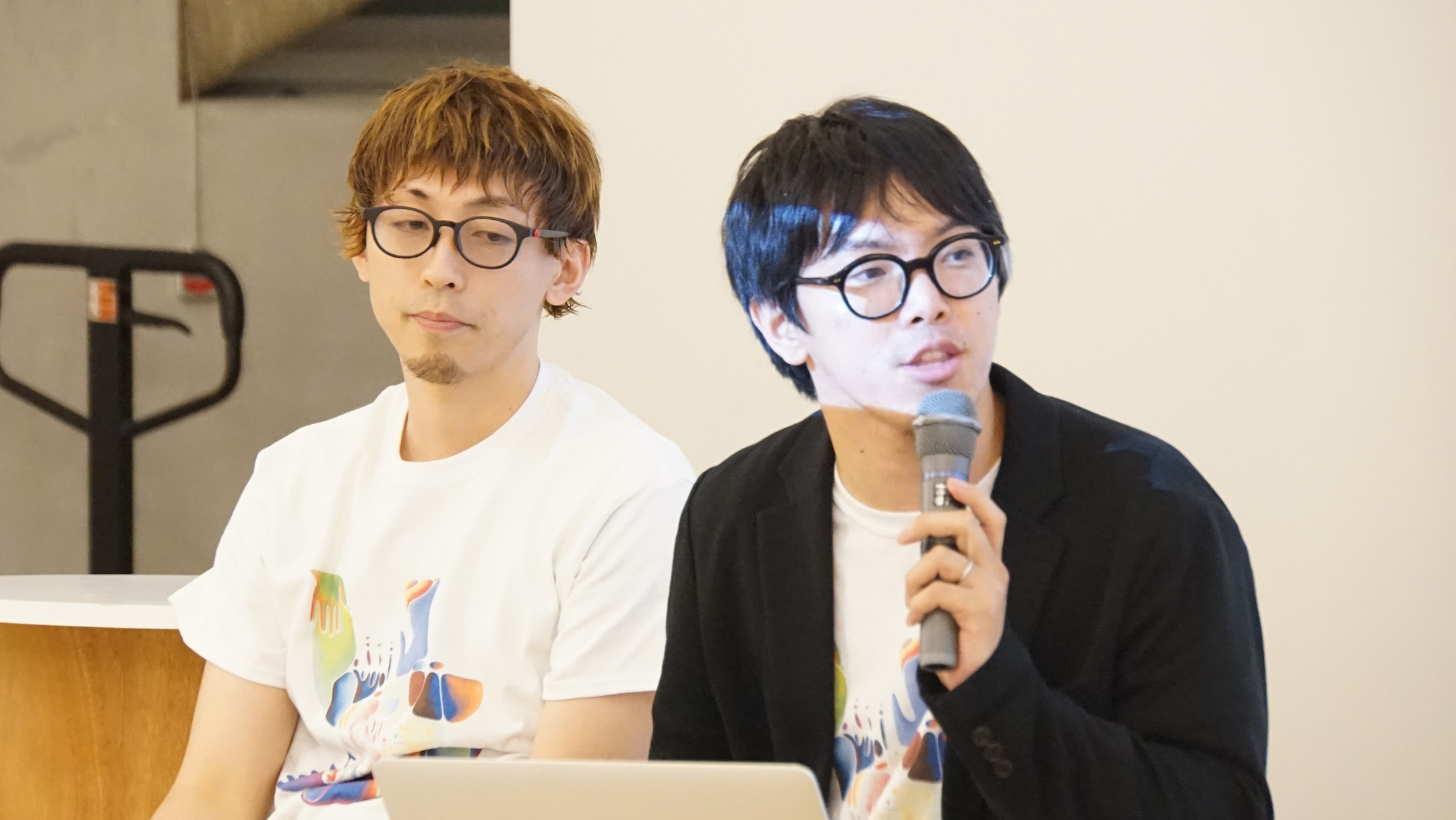 Suzuki and Motoki from unworkshop presented their past design-learning workshops (please see the video below). Suzuki explained how it is possible to delve into fundamental truths by messing around with the frame of stereotypes- for example reevaluating ordinary things. Motoki reflected on the current popularity of dialogue-centric active learning, but championed “self-reflection and self-discovery.”

It was a common thread in all three presentations that the use of one’s own hands and brains was important in the learning process.

A single shovel's worth 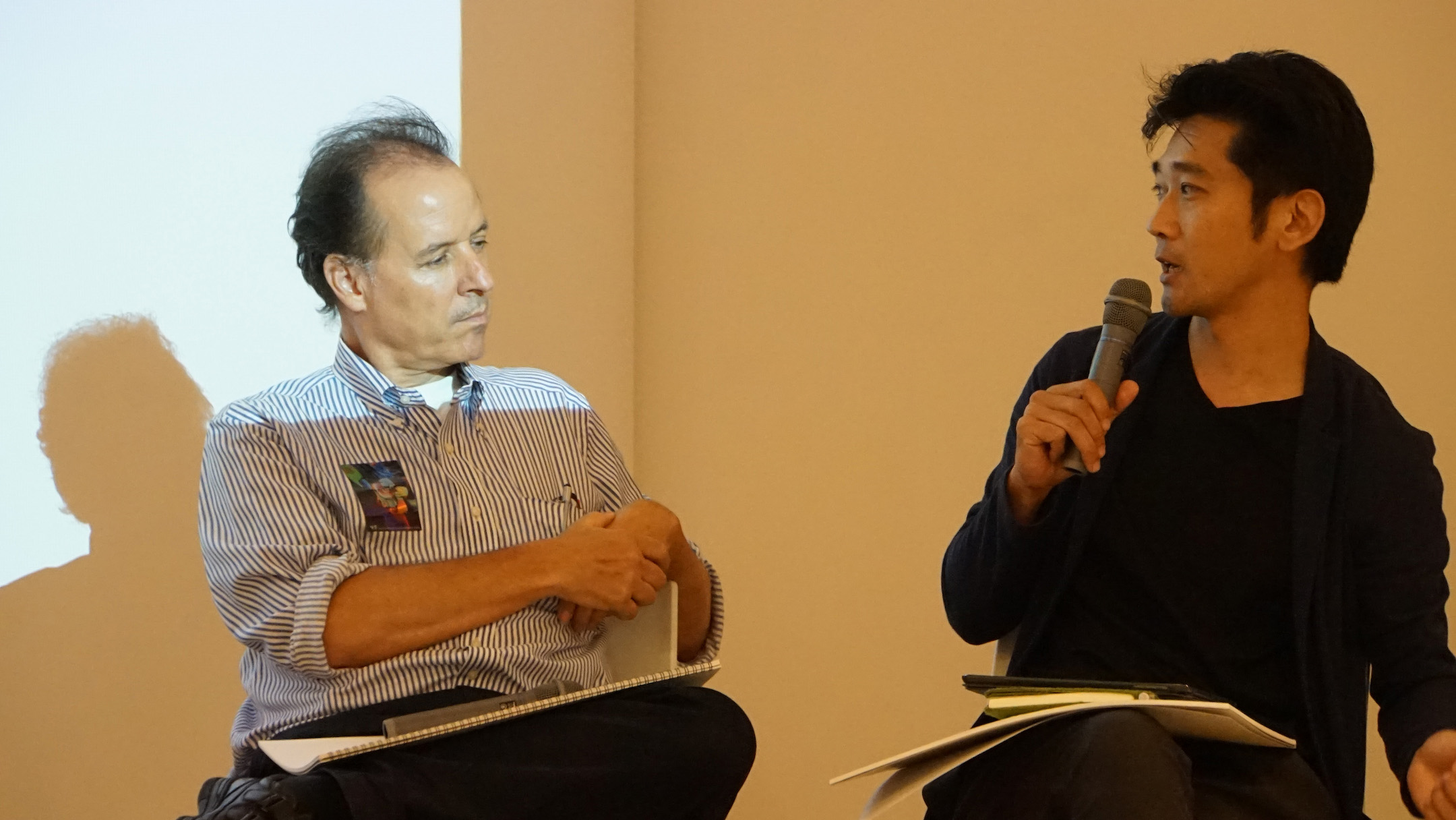 Following the presentations, Chikamori discussed the significance of technology through a gardening analogy.

The host responded to Chikamori’s comments with questions open to all the guest speakers, “What does technology mean in learning?” and “How does technology expand the scope of learning?” First, Motoki answered that technology drives interest. He continued that the incorporation of technology can expand and connect ideas. Brown explained that his educational philosophy was influenced by Montessori and, therefore, took a more cynical stance. He pointed out that educational institutes incorporate technology simply because they are given the budget to do so. Institutions are motivated to incorporate technology as a means of promotion, and questions remain regarding the effect on the education itself.

To this, Chikamori responded that because there can sometimes be barriers, in order to encourage a positive formative experience, he first tries to create some easy steps to start and then tries to inspire the children to want to play. Then, through play, he tries to create points of discovery for the children.

Brown asked Chikamori that if these experiences are presented in special venues, such as exhibitions, could they truly be inclusive and translated to the outside world?

Chikamori admitted that some things are difficult to translate into everyday life outside of an exhibition, but that there is a power in experiencing it once. He answered Brown, “Once you experience something, it can make you see things from a different perspective. An exhibition can therefore provide a lens or filter that can be used in the outside world”. 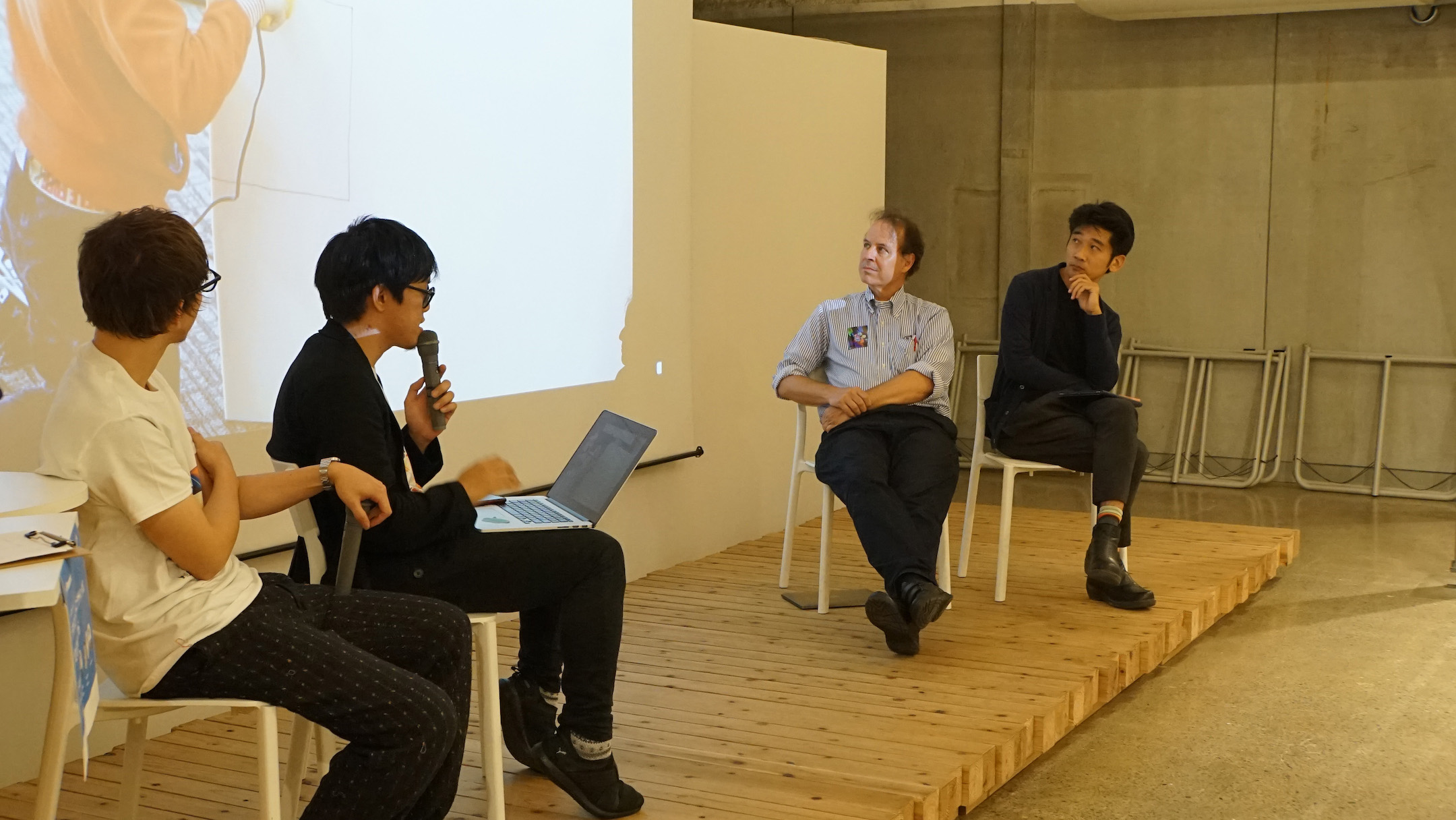 Following on from this, the MC asked what are the factors that connect experiences from workshops and exhibitions to daily life? Suzuki suggested that creating a common language (in the context of an exhibition space) is important. “The home is the space in which you spend most of your time, especially in childhood. I think that not only children but also parents will truly enjoy being together (in the exhibition), sharing a common language with the children. This will be important when the context changed to studying at home.”

Chikamori agreed with Suzuki’s opinion. He further commented that “a designer can only create something they truly feel is interesting. In fact, their motivation is maintained by this, as the salary isn’t good enough by itself (laughter).”

Azby agreed and said he enjoys his work. He explained that a child exists within him and if the child side of him could not find enjoyment, he would find it impossible to teach.

Summarizing answers from the 3 guests, the MC concluded by suggesting, “Maybe people don’t change from child to adult, but they may be becoming both a child and an adult. A child exists forever in oneself, and acknowledging and accepting this is what it truly means to become an adult.” Rather than teaching in rigid and uniform ways, as in traditional school education, working together to tackle issues from the same perspective – adults thinking from the perspective of children, might be the key to thinking about Next STEAM.

Border between learning and playing 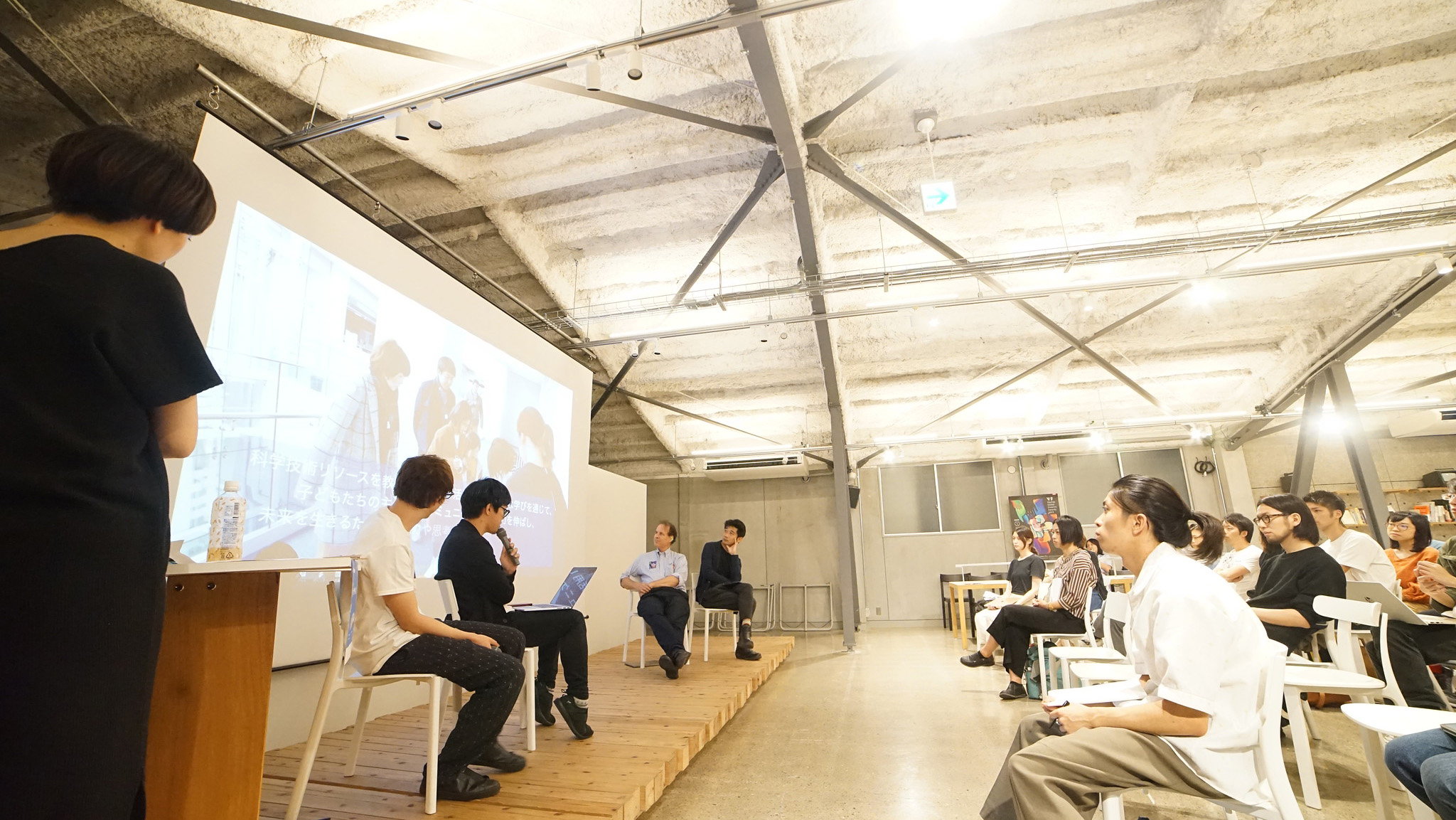 As the talk session came to a close, the host opened a final discussion about the border between learning and playing. Motoki answered that the joy found in playing is an important resource for learning. Chikamori agreed and expanded on this, asserting that learning and playing cannot be divided clearly and learning should exist as an extended line of playing.

Finally, the MC asked, “What are the necessary factors to notice that you are in a state of learning?” Brown answered that creating an environment in which a learner is able to explore on his/her own is an important aspect of this. Following on from this, Suzuki replied that individuality is an important part of the learning process and that educators need to recognise and value an individual’s worth.

As a closing remark, Chikamori reflected on the expectations of YouFab submissions this year. He said, “Putting aside whether it is STEAM-related or not, we are looking for people with whom we can hold future exhibitions together, for people with whom we can co-create, for works which originate from interesting concepts and raise interesting questions.” 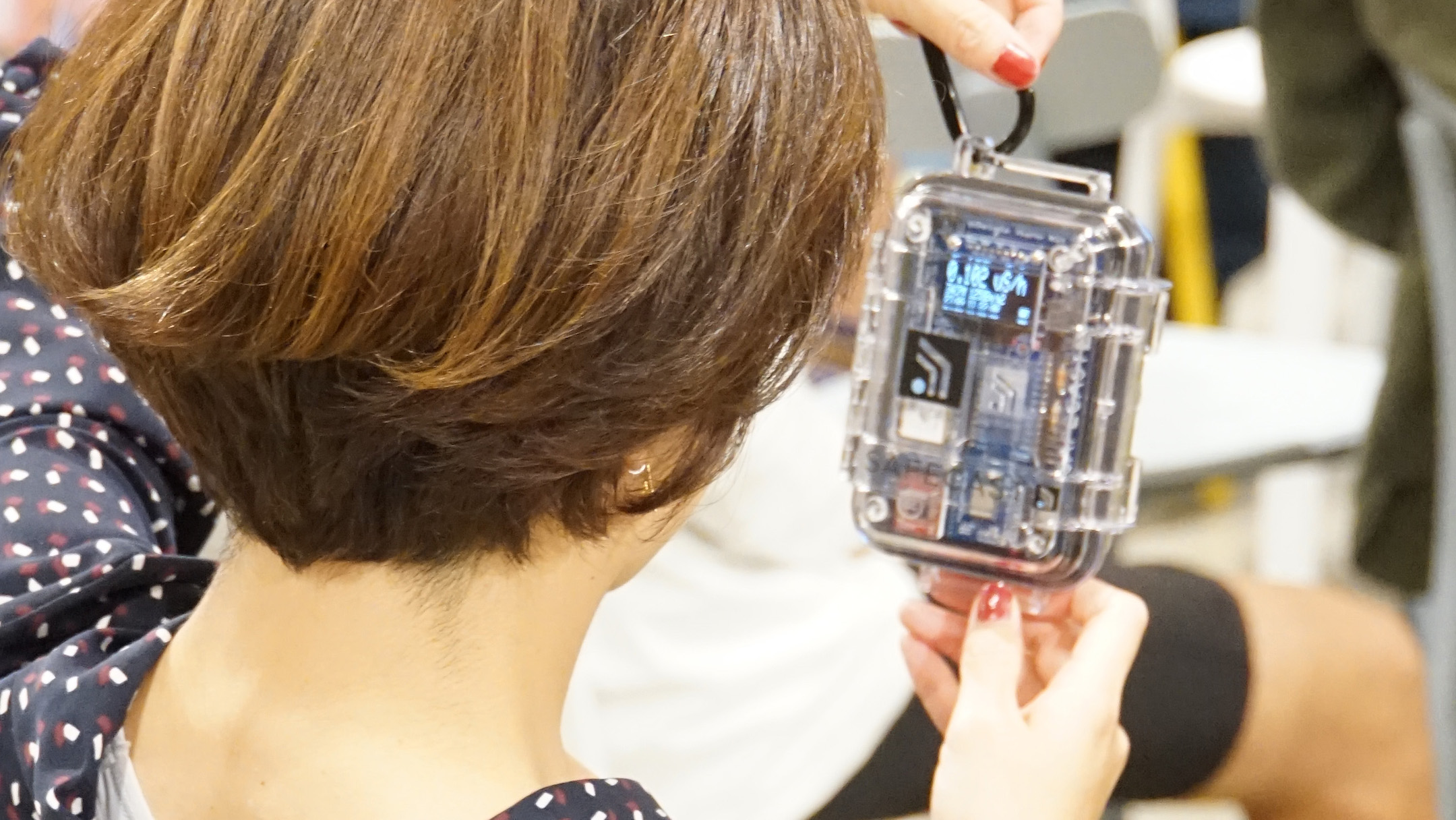 YouFab 2019 is open for entry and accepting submissions until October 31! We urge all creators to apply with their works, especially creators interested in the intersections of STEM and the Arts. The Next STEAM Prize is calling for works under the theme of ‘Technology design for learning that fosters new discoveries and creativity’.

For more information on Next STEAM Prize, see here.