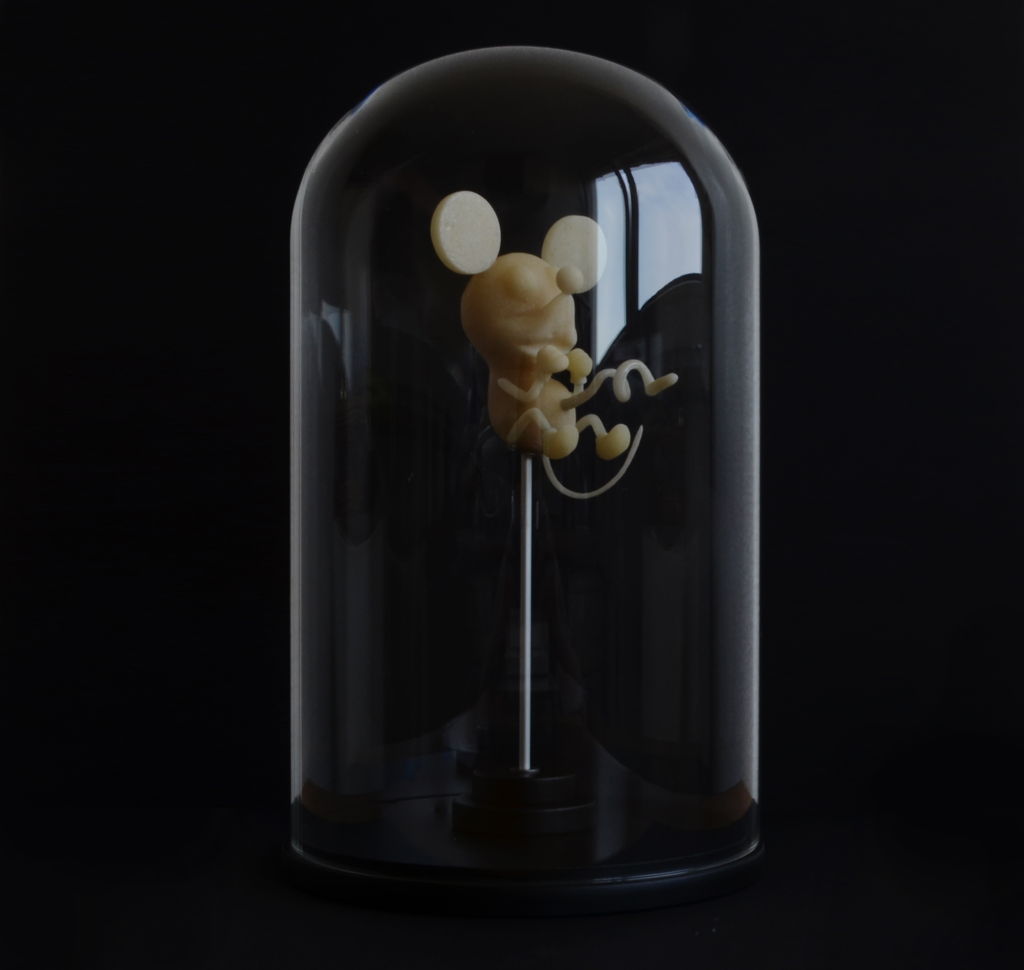 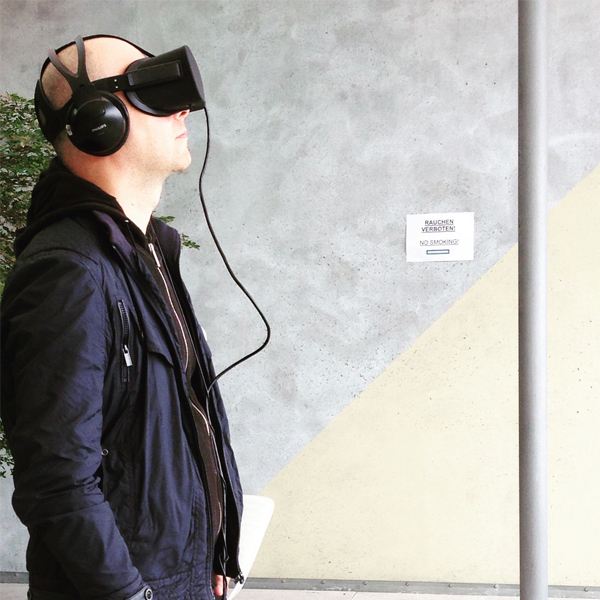 Gerardo Nolasco-Rózsas is a multidisciplinary artist born in Mexico City, works and lives in Karlsruhe, Germany. Nolasco-Rózsas studied at San Carlos Academy in Mexico City and Universidad del Nuevo Mundo (UNUM). He went on to teach semiology and art theory at UNUM, and painting, new media, and photography at UNARTE in Puebla, Mexico. He founded two non-profit exhibition venues in Cholula, Puebla, Espacio Sero, and Don Apolonio Presenta, where he also worked as an artistic director. Nolasco-Rózsas has exhibited at a number of art institutions and galleries in Mexico and abroad.

The Newborn Corn is a sculpture made of transgenic corn dough formed into a Mickey Mouse fetus. In Mayan-Quiche cosmology (entitled Popol Vuh) humans were made out of corn dough, as corn was native to their land. The Newborn Corn metaphorically rewrites the Mayan myth while calling attention to the serious environmental and social impact of Monsanto corn. I used transgenic crops as medium to create works reacting to the implications of transgenic technology and their impact on the society. This project is based on the concept of simulacra of Jean Baudrillard. Understanding simulacra as a copy, which confuses the viewer’s senses, who cannot distinguish between original and fake, between “natural” and transgenic alimentary products.

For some years the company Monsanto (now Bayer) has been trying to introduce genetically modified corn in Mexico, and thanks to the collective Demanda Colectiva Maíz, they have not been able to do so (by legal means). The lawsuit seeks of the federal courts a judgment where they declare that the release or sowing of transgenic maize will damage the human right to biological diversity of native maize, of current and future generations; as well as the human rights to food, health and native peoples. If they succeed it puts at risk a large variety of corn seeds. Mexico is the center of origin, and the main genetic reservoir of the corn species worldwide. If we allow the entry of transgenics to Mexico we jeopardize losing the genetic memory of the plant, as transgenics contaminate the other species of native corn. The seeds were domesticated within a civilization process, they were not like that in nature. We are heirs of these centers of origin, we must not allow companies to seize that knowledge. Seeds are the heritage of humanity. They want to appropriate a sum of collective knowledge, not only of corn, but also of other species such as rice and soybeans. These companies want the origin, they want to expropriate it in order to patent it and control it. They want to patent and privatize life.

From transgenic corn seeds via a special Mesoamerican process, called “nixtamalizacion” I prepared a dough and used it as the main material for the sculpture. 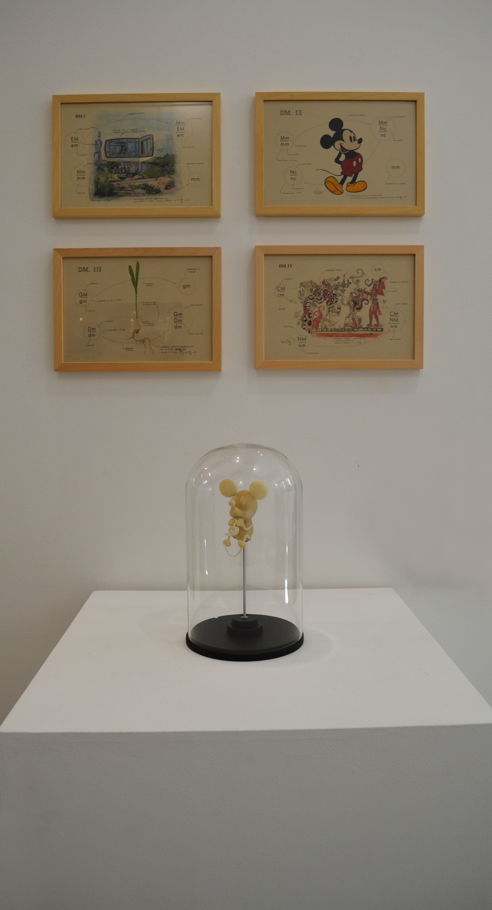 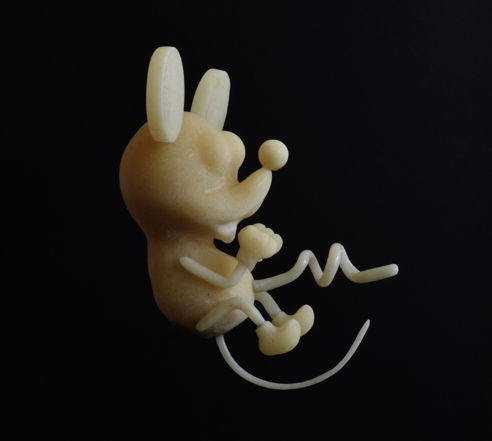 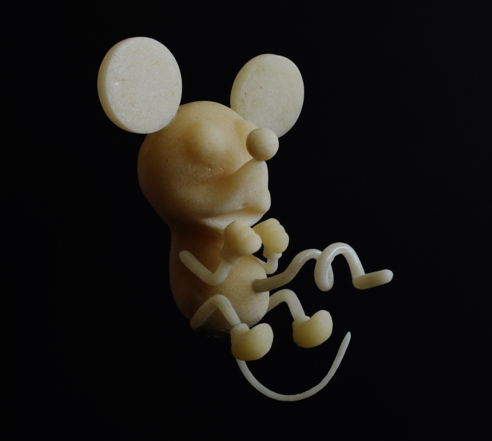