YouFab Global Creative Awards 2019(hereinafter YouFab2019) with the theme of “Convivality-What emerges from the gap between old OS and new OS,” citing the concept “conviviality” proposed by the great thinker Ivan Ilyich.

From the highest number of entries to-date, 285 entries from 43 countries, 1 GRAND PRIZE, 1 FIRST PRIZE, 3 SPECIAL PRIZES, 1 STUDENT PRIZE, and 1 GENERAL PRIZE were awarded to a total of 7 works, and 13 works were selected.

At the core of this year’s judging was Leonhard Bartolemeus (hereinafter “Bart”), who put up the word “place making.” The focus was on not only the physical implications, but also FAB-like elements in creating a place that creates relationships between people, things, and ideas.

YouFab2019 has undergone a major shift in the interpretation of what FAB means, which is the foundation of the award. The award ceremony was reported just like a radio show, including general comments by the chairman of the judging committee, Kei Wakabayashi, and an intimate talk session held by the judges and the award winners.

※ The venue of the YouFab2019 award ceremony held on February 29, 2019 was changed due to the effects of the novel coronavirus (COVID-19), and was not open to the  the general public. As a preventative measure against infection, only relevant persons were admitted.

At the beginning of the award ceremony, YouFab Global Creative Awards Chairman Toshiya Fukuda talked about YouFab’s uniqueness while looking back on the previous YouFab. 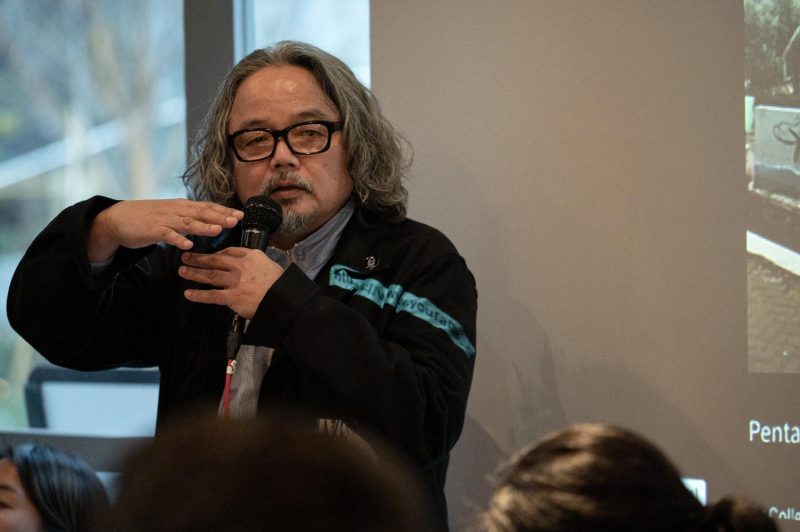 Fukuda: “While continuing this award, which started from the perspective of what can be done with digital fabrication, it became clear that the originally separated real world and digital world were actually close and begin to overlap on the same layer. Digital fabrication exists in the area at the boundary and always connects the digital and the real. The creativity that is produced here is continuously changing.

Although the evaluation criteria and values that are emphasized in the award are complex as they continue to change, I feel that they are the world’s leading award in these changing times. Being sponsored by a café on the street corner, I want to continue to have the freedom and flexibility of an award run by a group that does not represent a particular industry or company.” 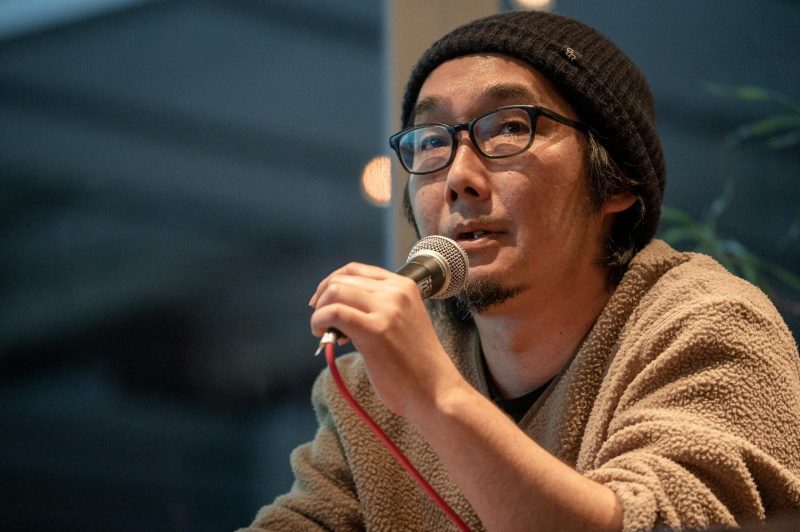 Wakabayashi: “Technology is not a rarity anymore, it is part of an environment as familiar as a toothbrush, and I feel that a new perspective is needed for the novelty of technology, which was initially considered valuable. Now that advanced digital technology seems to be oppressing people and society, I thought about what kind of sense of awareness I can have about it. This year, more than ever before, I have set a big theme and called it “Conviality.”

Looking at the actual submissions,they were not just a simple use of available technology, but there were many works that have a critical perspective on the situation in which we are living, and the creator was able to connect their work to the theme effectively.

In line with the theme, the judges invited curators from the Asian cultural sphere, Mr. Barto, and the cultural anthropologist Keiichiro Matsumura, as well as those outside the technological field. They have extended the cognizance of Fab, which had been narrowed to tech theory, to the realm of culture.

When you think of Fab, you tend to think of “manufacturing”, but the things you create are not limited to “things.” We should think broadly about places and systems, relationships between people, and the word “placemaking” that Mr. Bart said is dynamic, has process value, and is variable in the original Fab style. It was a thrilling review committee, and I have been given a new perspective that will influence the future of the YouFab award.” 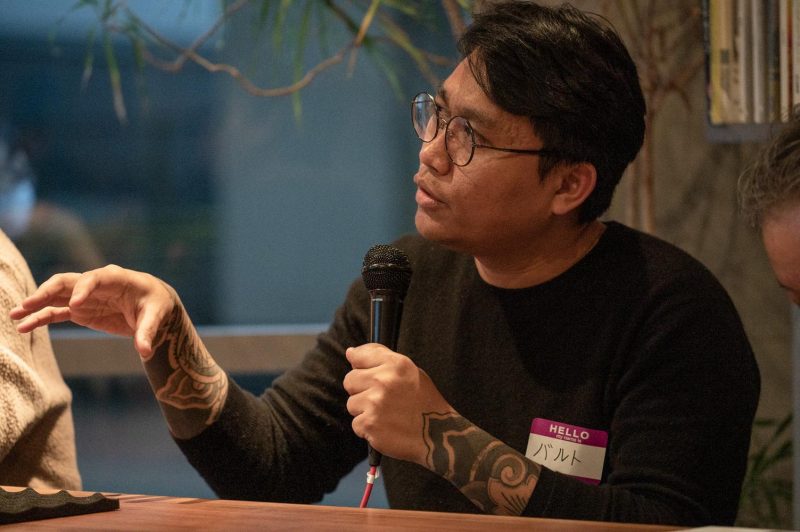 Balt: “This time, I was presumptuously allowed to act as a judge, but I had a hard time selecting the award-winning works from the wide range of applications which included art to social projects. We came to the conclusion that we would like to choose a piece that can be a good future reference for YouFab, and I think we were able to award the work that will shape the direction of our future awards. We would like to thank all the winners who have gathered today. Thank you for participating. ”

After the trophy and the certificates were awarded by the judges to the winners, a roundtable discussion was held with the winners and Mr. Wakabayashi and Mr. Balt.

The first group is Malaysian artist Suzy Salaiman, who produced the installation “Jungle of Nusa (Rimba Nusa)” that won the GENERAL PRIZE.

Set in the writer’s base, a shopping mall in Malaysia, this work is fun for adults and children and encourages people to participate interactively. The aim is to rediscover the enjoyment of analog conversation by allowing participants to engage in the work using their own voice. (Click here for details of the work)

Ms. Salaiman explains why she set up her work in a shopping mall. 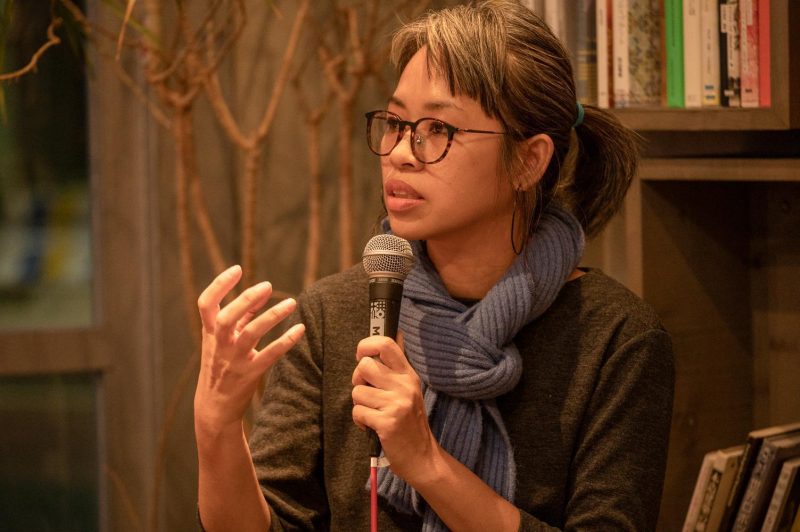 Salaiman: “As a mother, I value communication with my family more than anything. Recently, I’ve seen people playing with their smartphones individually, even while they are in the same place as a group. I thought it was a bit sad, so I thought that if communication between people could be made to be more interesting at their location, it would be less likely that they would mess around with their smartphones. It was installed in a mall that many families visit.”

Mr. Balt touched on the fact that there were many works on the theme of sound, and went on to say that sound that has an effect of incorporating emotional aspects into the space is an important factor. Ms. Salaiman’s work was highly recognized from the viewpoint of “placemaking.”

* Ms. Salaiman’s work was exhibited as a new version in “Media Ambition Tokyo” at Shibuya QWS.

GENERAL PRIZE Jungle of Nusa Suzy Sulaymaniyah Photo by Aya Suzuki It is an interactive sound installation that requires collective participation. Also, there’s the element of self-discovery because there’s no instructions on how to “use” it. I wanted people to “talk” to each other in an analogue way, instead of only “talking” on their handphones. I wanted the sound of people’s voices to connect other people. By speaking into the installation, a person will discover that their voice will travel to other parts of the artwork. There is also a component, where by using a guitar pedal, a person’s voice can be distorted. This is a way for me to give ownership to the people who will “take care” of this work. Comment by Leonhard Bartolomeus #intaractiveart #soundart #placemaking #design #playground #museum #shibuyaqws

Next, Salahadin Mbuh, who came to Japan for the exhibition and the award ceremony, and Humam Zidni Ahmad from the unit “Collective Hysteria” which operates the art biennale “Penta KLabs” that is held regularly in Semarang, Indonesia, won the GRAND PRIZE.

“Penta KLabs” is based in Semarang, Indonesia, where the infrastructure for art activities is not established, and is a project which has spanned decades where artists work on solving local problems in their lives. It can be said that it is a project that embodies the “placemaking” that Mr. Bart has put forth. (Click here for details of the work)

In addition, we adopted one of their methods for community workshops, and we held a workshop event with them to produce a Zine (booklet). 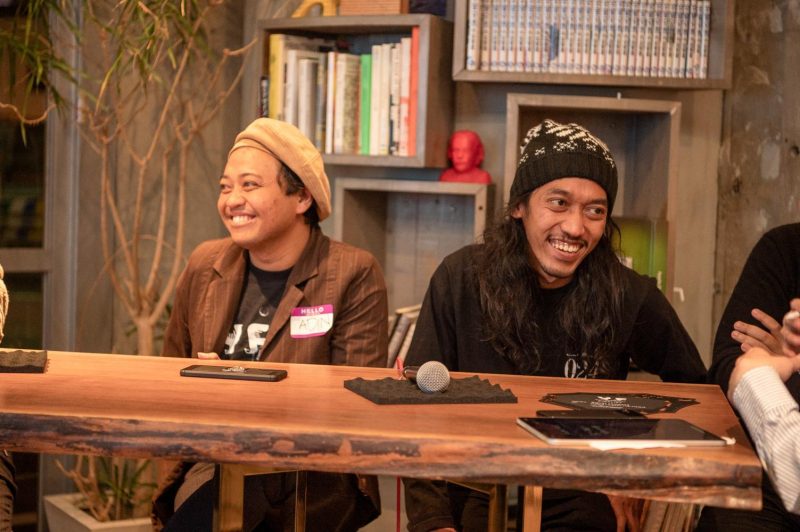 When Mr. Wakabayashi asked about the results of past activities and future plans, he said, “In collaboration with local universities, they will mature into longer-term projects. On the other hand, political influence will continue to be an issue. Political power is necessary in terms of direct influence on the region, but I would like to negotiate around Collective Hysteria without relying too much on public organizations. Also, while increasing our zone of activities, I would like to increase the influence of the area and our activities.” 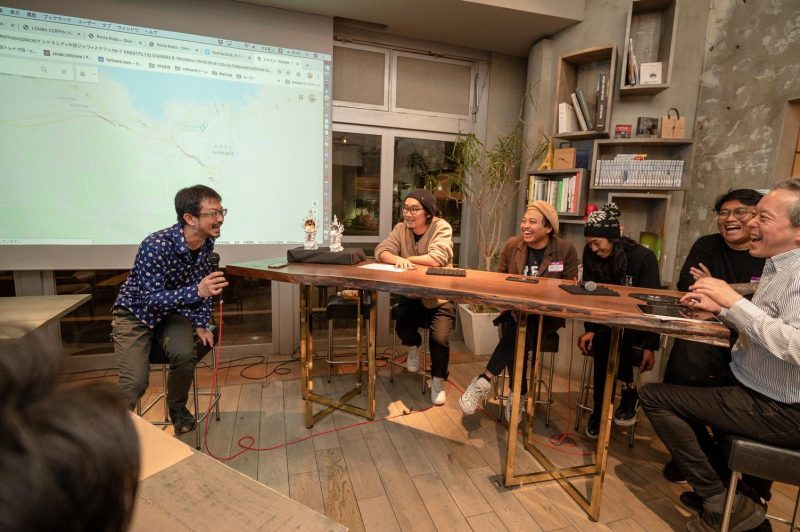 Originally, “Fab” was dynamic and variable, and placed value in processes and approaches. The new interpretation of Fab presented this time has greatly expanded the possibilities of YouFab in the future after its eight years of existence.

Due to the division of people and communities on a global scale caused by the novel coronavirus which has been getting worse since the announcement of the YouFab 2019 results, the places where culture is born is narrowing more and more. On the other hand, people called creators publish their work online, share their skills, and maintain remote communities to stop the division between people and communities. What perspective will be presented at the next YouFab after this situation that many have not anticipated? I hope that the environment you can see in “YouFab2020” is richer. 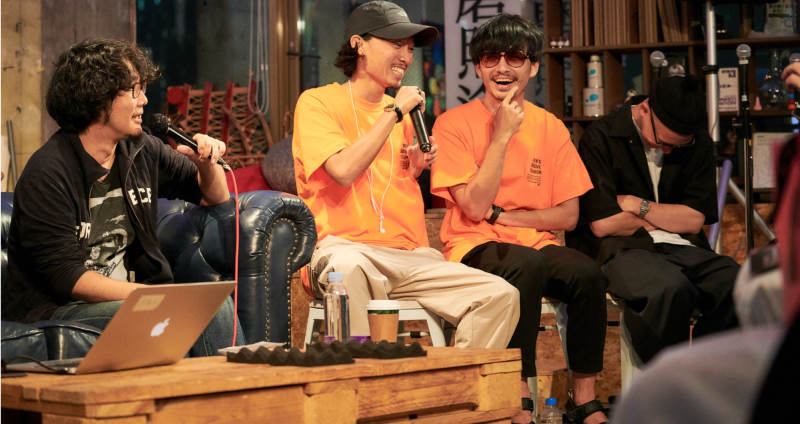 “Conviviality-What emerges from the gap between the old and new OS?”

“The Future of Learning / Play, Designing with Technology” 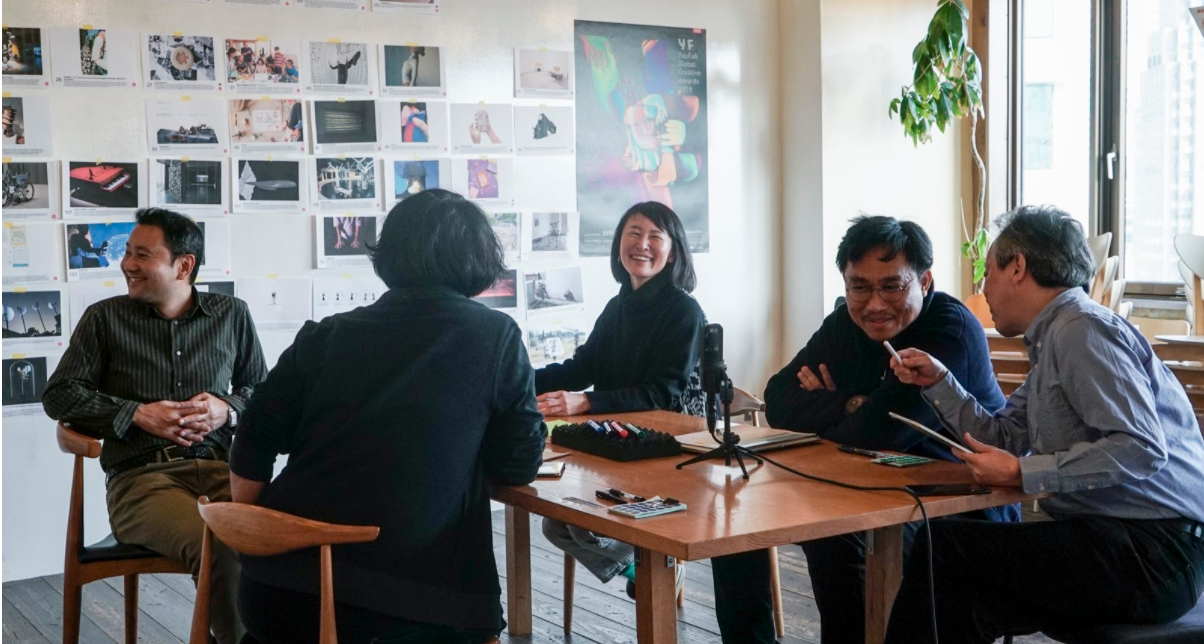 ※Please click the link “JUDGE ’S COMMENTS” or scroll to the end.