The YouFab Global Creative Awards 2019 (abbreviated YouFab) is an award designated to recognizing the accomplishments/works of projects that transcend the boundary between digital and physical worlds. A theme of “conviviality”, formulated by Ivan Illich, is cited in this year’s theme of “Conviviality-Emerging from the space between the old and new OS”. We received a record total number of submissions with 285 works from 43 different countries. When taking into account factors of form, significance, and time—why was a work with a propensity so entirely different any past winners chosen for the GRAND prize? This report offers an overview of a judging panel where some felt that “this may have just determined the course YouFab will take for the next 5 or 10 years.”

“Placemaking” is the Kind of Conduct that Embodies a FAB Mindset

Headed by Kei Wakabayashi as chief judge, the members of the judging panel include anthropologist Keiichiro Matsumura (assistant professor at the Graduate School of Humanities and Social Sciences at Okayama University), Bartolomeus Leonhard (henceforth Bart) from the Indonesia/Jakarta art collective “Ruangrupa dan Gudskul Ekosistem”, Hayashi Chiaki (Loft Works Inc. CEO), and one of the co-founders of FabCafe, Fukuda Toshiya, as the judging panel chairman. The panel collectively evaluated a set of projects chosen by each individual judge. Following discussion, the 2019 Grand Prize was awarded to the art biennale, “Penta KLabs” by the Indonesian artist group “collective Hysteria (henceforth Hysteria)”. 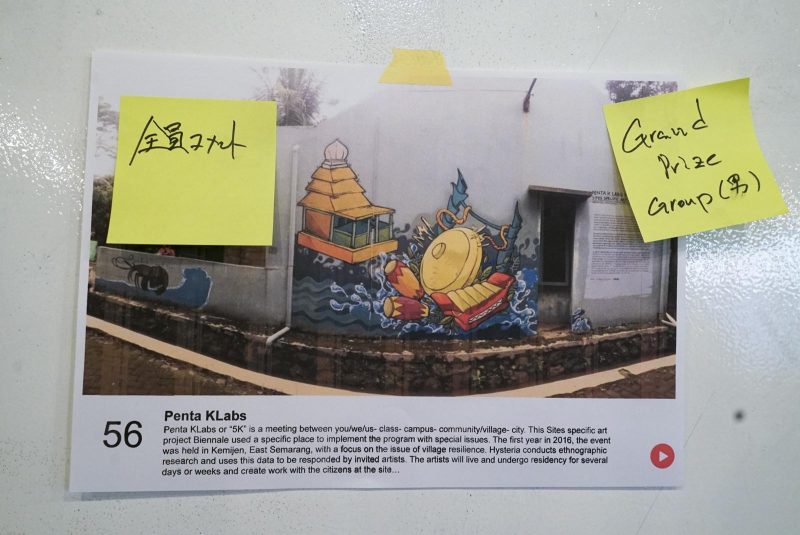 This project differed significantly from prior award winners in that it wasn’t an “achievement of cutting-edge technology”. The project is a DIY art biennale hosted in Semarang, Indonesia. Now, we’d like to offer an explanation of the grounds on which YouFab— which has historically emphasized the Fab implementation of technology—evaluated this work.

The concept of “placemaking=creation of a space”, suggested by Bart at the very outset of the panel, became both a focal topic of discussion and a criterion for evaluation. Bart suggested how “placemaking” is both dynamic and emphasizes the process, and is an aspect that emphasizes a sense of mutability over static convention, thus embodying a FAB mentality. The other members of the panel also felt this concept resonated with them, and this ended up having a significant influence in determining the course of the evaluation. 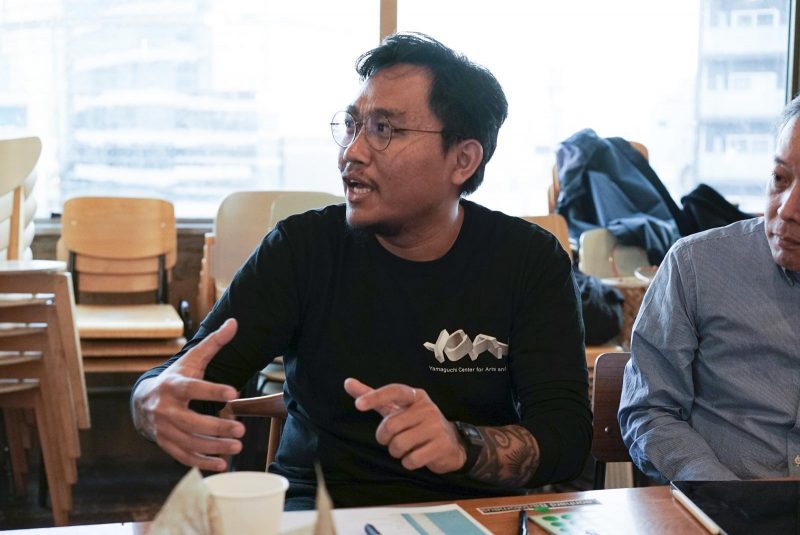 “’Penta KLabs’ is a work that implements an idea for bringing together the public, the artist, and the natural environment. The members of hysteria put their efforts into first focusing on the needs of the local people and environment over before trying to demonstrate technological progress. The artists stayed in the local area to gather information on the region-specific issues of the area (environmental, political, and religious topics), and cultivated a process through which they created their work together with the local people. In this work, the local people helped to bring the artist out of their art into society, and the artists brought their unique devices into society and “hacked” its conventions. Although the work uses neither technology nor any special devices, we felt that the sharable nature and community engagement involved in the project could be interpreted as representations of “conviviality/technology”. 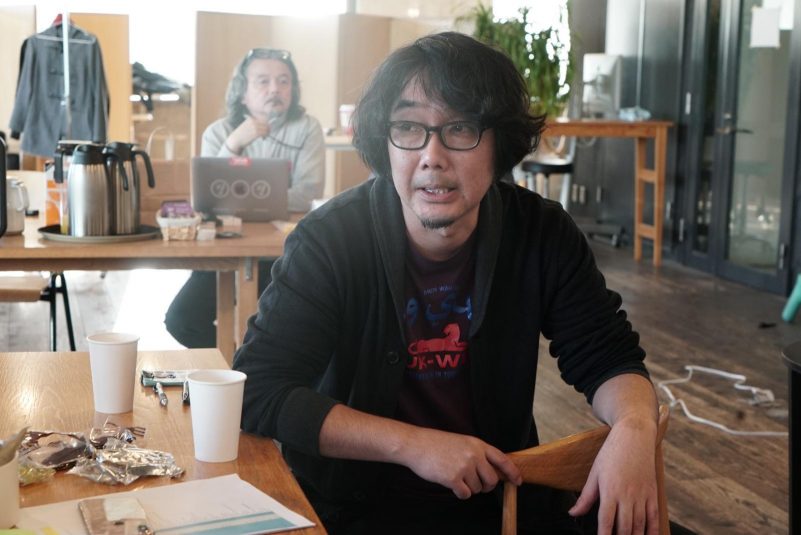 “Perhaps this demonstrates that technologies like the 3D printer which once epitomized FAB design have lost their novelty. In other words, technology has become one of the available choices as opposed to an absolute necessity. I feel that the essence of what YouFab has aspired for is a post-technology perspective that “demonstrates how it’s possible to create a situation that’s within anyone’s means”.

“It may seem as though the perspective that ‘the use of technology is an elective condition as opposed to a necessary condition’ has overturned the fundamental basis of YouFab up until this point. However, technology did not play a significant role in the YouFab2019 Kick-Off Event, or the YouFab 2019 special award, 「Next STEAM Prize」Related Event. Although this year’s theme of “conviviality” also may have had a significant influence on this year’s awards, when also taking into account the fact that a significant number of submitted works were not technology-based, the result of this judging panel could be a harbinger of FAB’s changing circumstances.

Next is a report on the evaluation criteria the judges used to select the finalists and other award-winning works. Bart chose works whose focus wasn’t solely on the advance of technology itself, but synthesized technology with mankind and sought to tie some aspect of the work in relation to the environment. While on one hand sharing how “it was truly interesting to see the various perspectives suggested based on different interpretations of the theme conviviality”, Mr. Matsumura made the following remark: 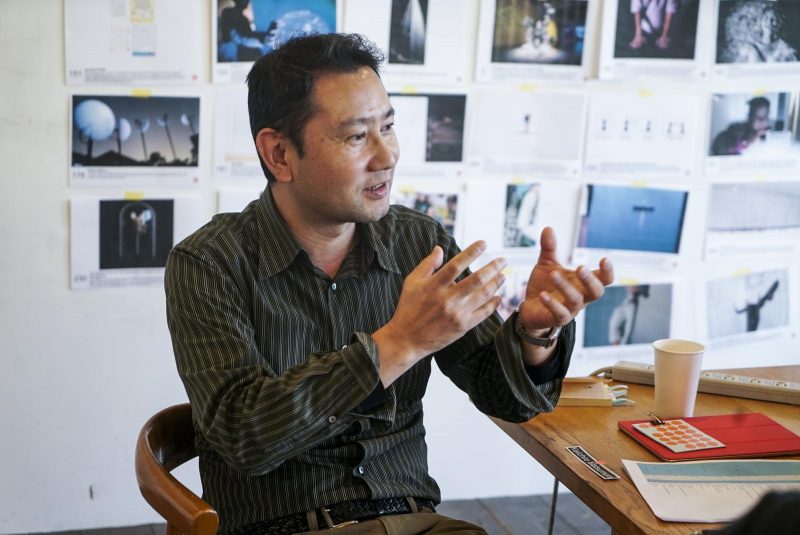 As judges, we considered and evaluated whether a work “went to great lengths of trial and error to make a connection to conviviality”. To be honest, high technology didn’t make a strong impression on me, so I chose works that utilized technology as a tool to improve our everyday lives, as opposed to people being used by the technology. In addition, “ I prioritized works which I felt gave consideration to the ways in which the work incited a sense collaboration and various kinds of communication through a process of putting it together over finished products which were put together as though to say ‘the work is complete, please look at it. Ultimately, I selected the works that I felt could leave their mark for posterity—works that could affect both the viewer and the artist crafting it”.

Inspired by Mr. Matsumura’s remark, Mr. Wakabayashi expressed how he’d like to see projects that could “regain, rediscover, and rebuild ‘conviviality’ in our current environment, and the works he selected for evaluation were largely projects that met that condition. Upon establishing that he was “honestly looking forward to finding different keys emerge during the judging panel”, he summed up the discoveries he made during the panel as the following: 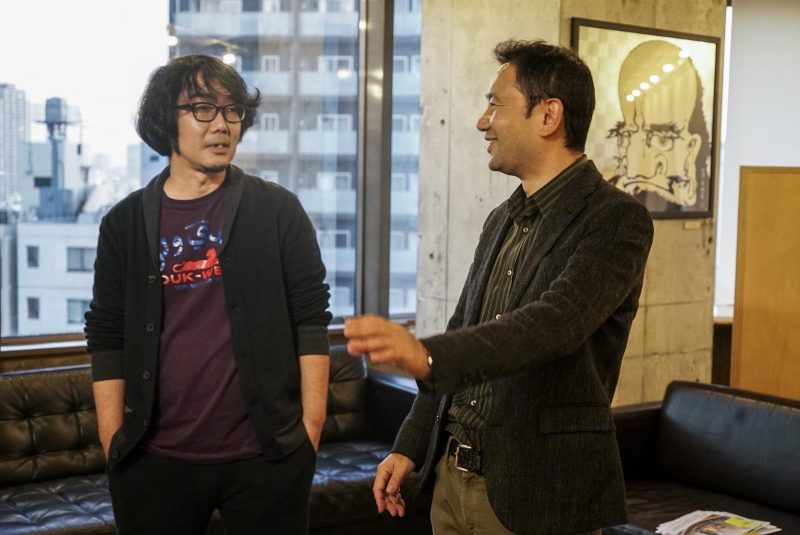 “The ‘placemaking’ that Bart suggested is a concept that had been on my mind even from before the panel, and I was glad the course of the discussion ended up being centered on the subject. In the modern day, the digital and physical mediums have been almost entirely integrated, so even the term ‘place’ doesn’t refer only to the physical sense of the word. I felt as though I was able to reaffirm what’s one of the most interesting fields today through a redefining of the term ‘place’”.

Mr. Matsumura and Ms. Hayashi also shared their findings from participating in the panel.

“Having never participating in a judging panel for the award, I arrived thinking I probably chose different works from everyone else, but I was surprised to find that there was more overlap than I’d expected. For myself personally, the fact that the works that left a strong impression shared many commonalities, even if from different fields of activity was a discovery in itself. I came to realize how there can be many viewpoints even when looking at same work, and seeing how each of our perspectives converged through discussion was an interesting experience.” (Mr. Matsumura) 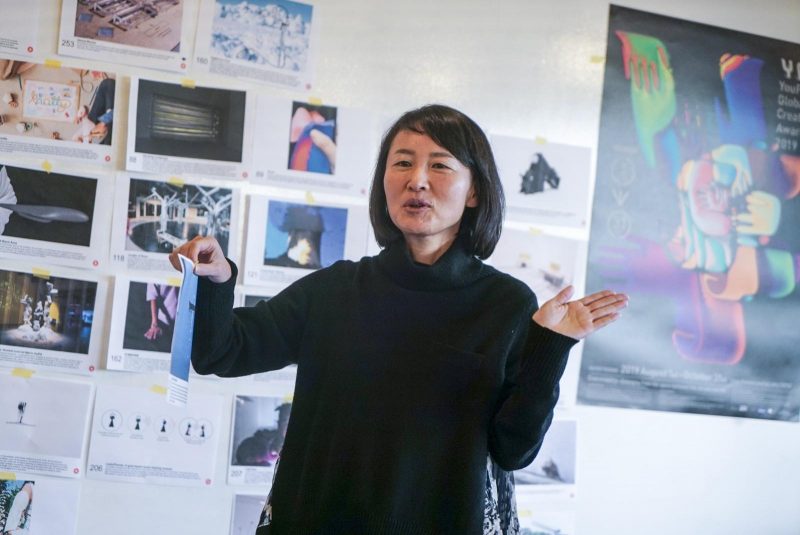 “It was new for me to learn that ‘technology is really nothing more than consumption’ for a developing country”. From this context, I felt I found a sense of conviction in the viewpoint that all of mankind’s power has the potential produce something that rivals or perhaps even surpasses that which can be produced with technology. In other words, it’s about ‘how we perceive the thing we call technology as we make progress” as opposed to “how we can progress using technology”. By inserting ‘how we perceive it” in place of ‘how we use it’, I feel as though we have determined the course of YouFab for the next five to ten years.

After the panel was concluded, the judges were asked about their expectations for the future of YouFab following their experiences in the panel during this year’s award. 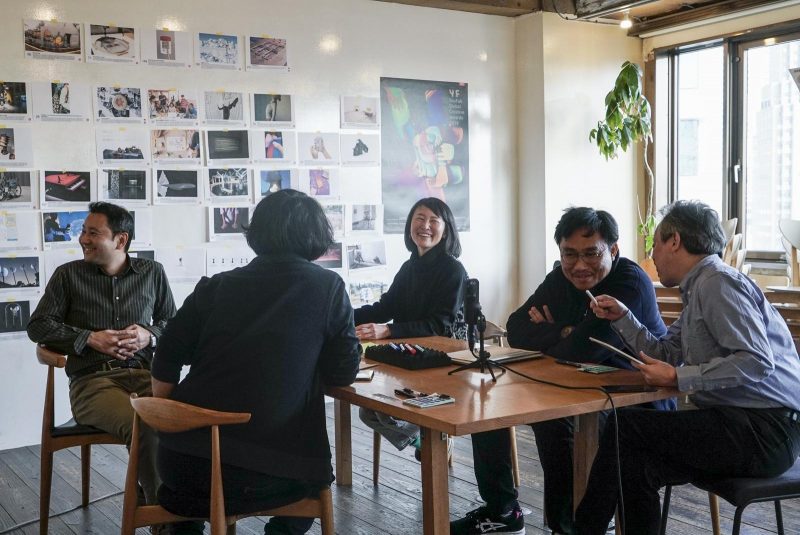 “I look forward to coming across wholly new kinds of works under a theme entirely different from ‘conviviality’. For example, I look forward to the kinds of works that can overturn expectations, whether it’s by presenting themselves in an entirely different manner than this year’s award-winners, or by tying together varying strands of separate concepts to form something entirely new.

I feel as through “the fact the grand prize winner this time around came from Indonesia also posed a kind of question to so-called “advanced” countries to rattle the static definition of “advancement” used to today. I look forward to seeing works the continue to push boundaries from countries like Europe, U.S., and Japan that echo a sentiment of “dammit, what the heck!” (Hayashi)

“I’d like to see more works and projects which possess the potential to create bonds between people. I personally believe that technology, like capital and infrastructure—should be viewed as a single resource to be shared with others. If we don’t change the way we think about technology, it will continue to become even more exclusive, and nothing will change. I feel that the idea of sharing resources is of utmost necessity for us right now. As for the future of YouFab, I look forward to finding projects and ideas that free up resources so they can be shared among all people.” (Bard)

“I get the sense that ‘how the process is evaluated’ is going to become important for YouFab in the future. If we were to evaluate submitted works as “finished products”, the aesthetic quality and intricacy of the finished work inevitably becomes a part of the criteria. I feel as though once a means of evaluating the work as a process in itself begins to take shape, it will contribute to the originality of the award, and also create a way to evaluate societally influential activities better adapted to the current times. As such, I look forward to works that can be evaluated as processes. I feel as though we discovered a new kind way to measure those kinds of parameters during this year’s YouFab.” (Mr. Wakabayashi) 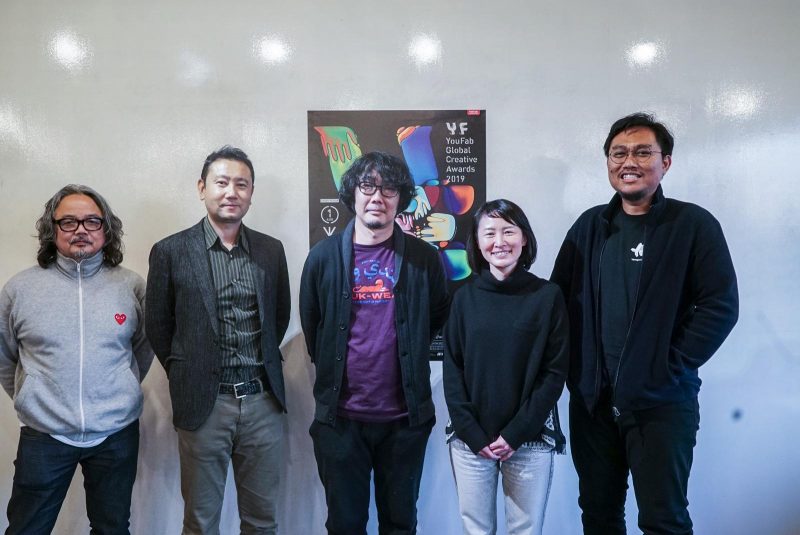 Please check out the following link for a general evaluation by chief judge Mr. Wakabayashi on all award winners, starting with the Grand Prize winner, “Penta KLabs”.