The YouFab Global Creative Awards, the Japan-born alternative creative competition, has opened its annual call for entries, seeking works and projects that fall under the theme of “Contactless”. See Youfab 2020 press release here.

Headed up by a young Japanese woman director, Chiaki Ishizuka, YouFab has been at the forefront of pushing the boundaries of design through its diverse and international community of innovators every year since 2012. 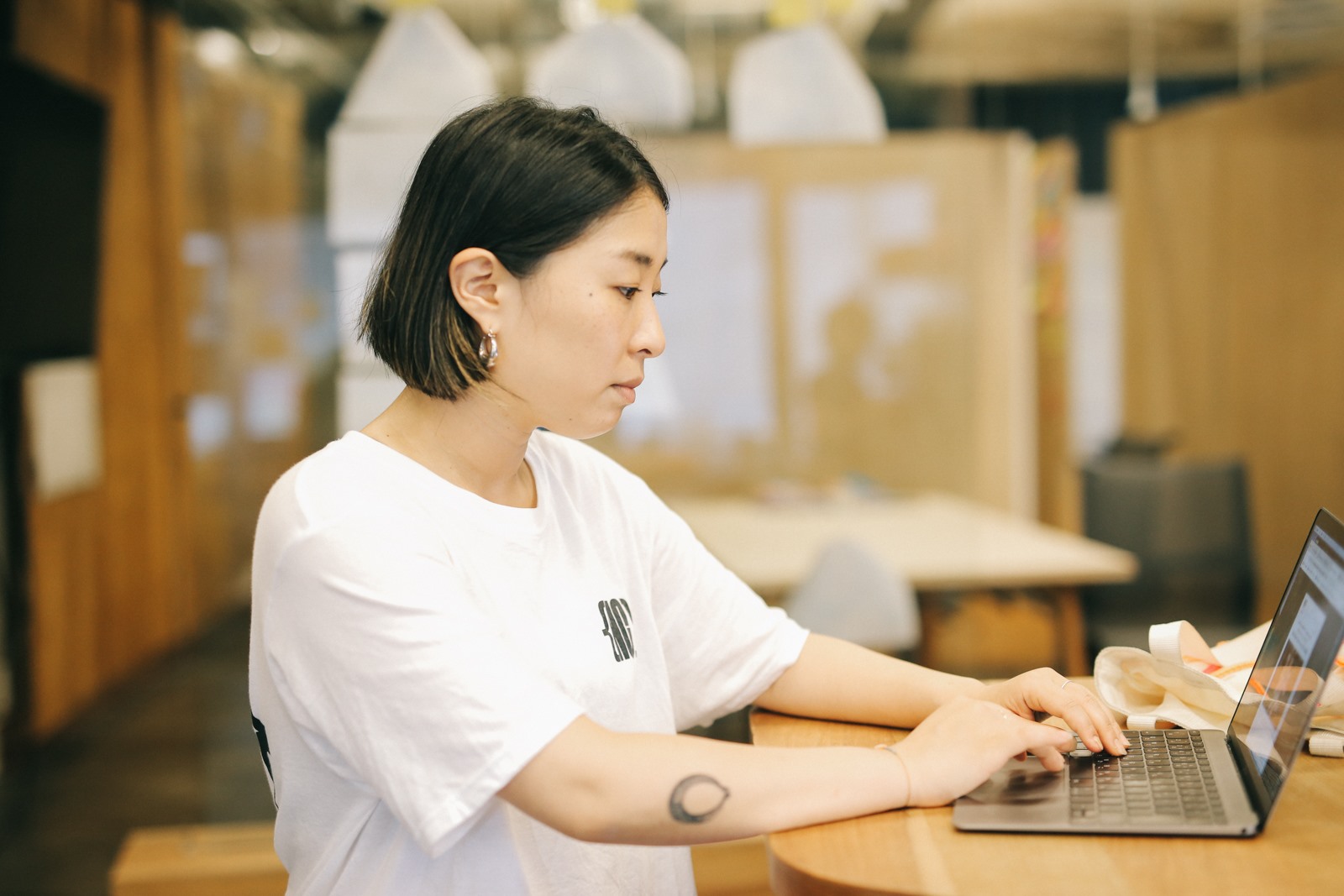 After taking over the award competition, Ishizuka set out with the mission of creating value for YouFab beyond just an art award.

YouFab is a community dedicated to bringing together innovators from different corners of the world who create with purpose whose paths wouldn’t have crossed otherwise, she said.

While similar Western-centric competitions award entries that are highly polished, YouFab – born out of a budding Asian creative ecosystem – encourages works that provide a sense of rawness and authenticity, a rarity among other design awards.

Last year, for the first time in the competition’s history, the YouFab grand prize went not to a tangible piece of work but a community – Penta KLabs by Hysperia from Indonesia. 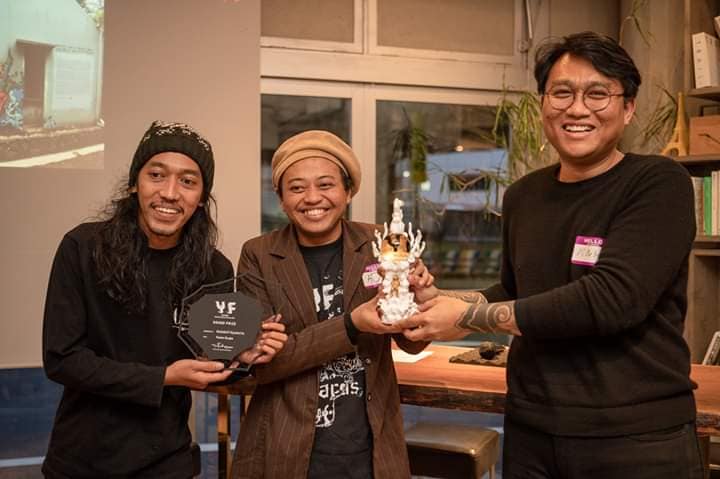 The team members of Hysperia, which holds activities around participatory urban planning through art as Penta KLabs, travelled to Tokyo for the award ceremony and exhibition earlier this year, when winners, finalists, judges, YouFab teams, artists and other industry guests came together and exchanged ideas face-to-face. Collaboration projects flourished, and new ideas blossomed.

Likewise, winners and finalists from this year’s competition will be able to network and exchange ideas with similarly-minded mentors and peers at the award ceremony and exhibition at the newly opened Shibuya Scramble Square, the tallest building in Tokyo’s Shibuya.

“This chemistry is the most precious thing about YouFab,” Ishizuka said. 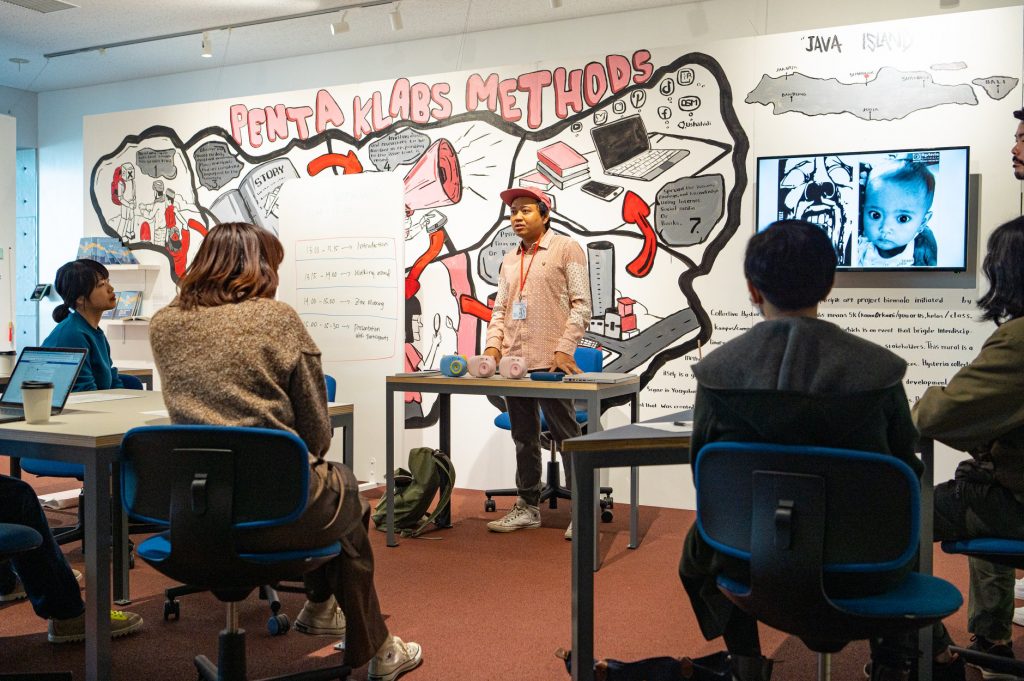 Combining Technology And Art To Create With Purpose

What unites the YouFab community is that, regardless of medium, industry, and nationality, all members design and create a purpose, Ishizuka said.

As technology continues to evolve, Ishizuka believes the world has moved beyond creating art for art’s sake, and the YouFab awards encourage artists to think critically and engage directly with the world around them.

“Creative works nowadays should always have a purpose, either to inspire people, to improve people’s life or to add some kind of value,” she said.

This is the type of work that YouFab encourages, and this is the only way to excel and grow as an artist and creator, Ishizuka said.

Building A Community Of Like-Minded Industry Leaders And Mentors

For the third year in a row, former WIRED Japan editor-in-chief Kei Wakabayashi will resume the role of Chief Judge. Introduced to YouFab by Hiroya Tanaka, the godfather of digital fabrication in Japan, Wakabashi runs blkswn, a creative studio that produces the same types of raw, authentic digital content – from books and podcasts to events – that YouFab embodies. His book, “Next Generation Government”, published earlier this year, reflects on the current events of society and lays out the responsibilities of governments going forward. In the spirit of YouFab, Wakabayashi also handled the creative direction, editorial layout and graphic designs within the book. 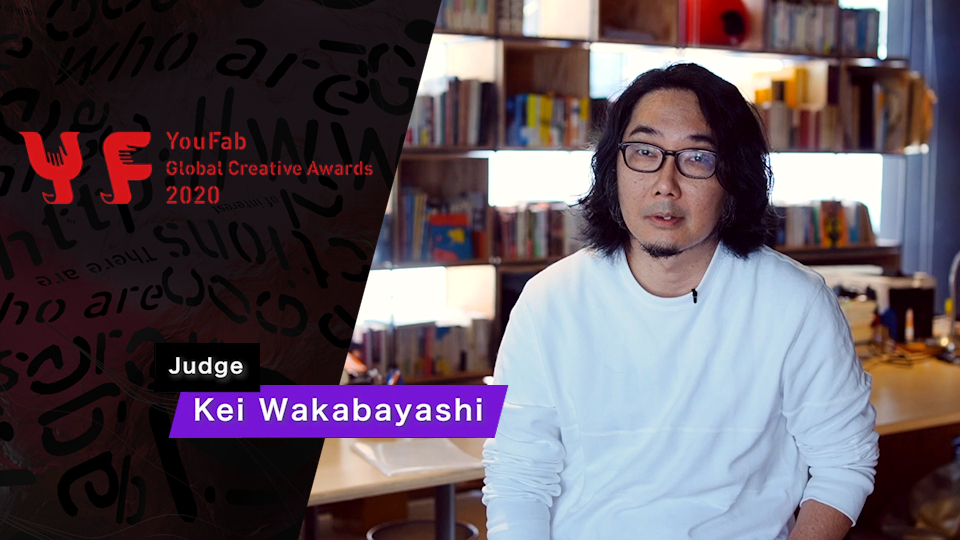 Each year, Ishizuka also enlists the help of an influential artist to design the award competition’s main visual. The visual serves as an inspiration for those looking to submit their works and has been the winner of several prizes including the One Show Award, the D&AD Award and the NY ADC Award in previous years

In 2019, American-based designer, programmer, educator and artist Zach Lieberman, one of the creators of openFrameworks, an open-source C++ tool that allows anyone to create visuals with code, designed a stunning visual based on the theme of “convivality.”

This year, Ishizuka sought out BAKU, a Tokyo-based video director, artist and developer, to design the main visual around the theme of “Contactless.” As she was born in the 80s, Ishizuka said she wanted to see how artists born in the 90s would play with the concept of mixing digital and physical to create a piece of art that captured the spirit and philosophy of YouFab.

In addition to recruiting both established and up-and-coming artists for the main visuals, the YouFab awards boasts another big name – Japanese sculptor Kohei Nawa, who designed the award’s unique trophy. The Japanese sculptor is best known for his PixCell series, where he covers found objects such as a taxidermied deer with a layer of glass beads, prisms, glue, plaster and spray foam. Nawa, who is known for using 3D scanning and printing in his sculptures, designed the trophy to capture the concept of an “excellent challenge of the digital fabrication area.” 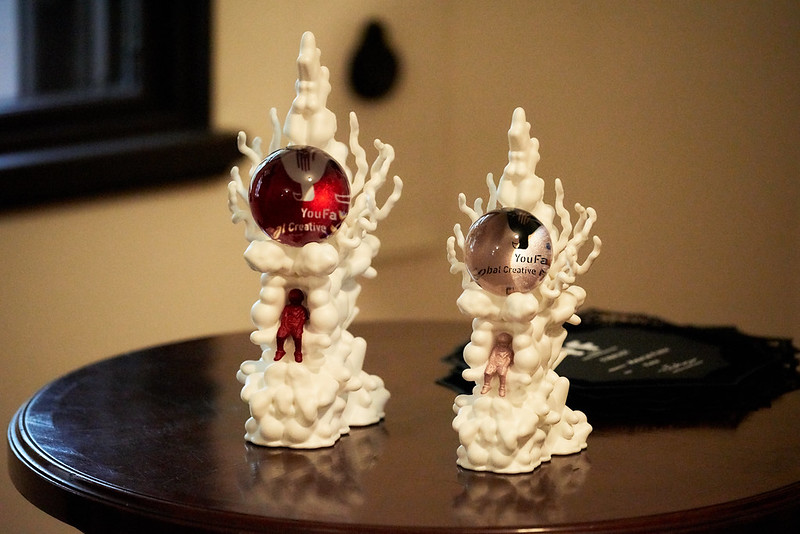 The YouFab community extends beyond just its masthead of judges and trophy and visual designers and those in the digital fabrication community alone. As YouFab is renowned for being “category-free”, the community has grown to consist of creators who specialize in new media art, architecture, speculative design, education, bio-technology, community design, service design and much more. In fact, one of Ishizuka’s favorite YouFab works, “Fish Hammer” by Neil Mendoza, involves pop and analog with less of an emphasis on innovation and technology.

With the introduction of Leonhard Barto from renowned Indonesian art collective ruangrupa as a judge in 2019, YouFab has also grown beyond just following trends in the United States to become more diverse and inclusive of elements from South East Asia and other parts of the world.

Ishizuka said she delights in seeing artists such as influential Japanese media, video and installation artist Tadasu Takamine take part in YouFab in order to become a part of the community. Previous YouFab winners have used the awards as a springboard to prestigious awards and widespread press acclaim. Previous winners and judges include BBC 100 Women honoree Amy Karle, Forbes Japan 30 under 30 Kazuya Kawasaki and Gerfried Stocker, artistic director of Ars Technica. 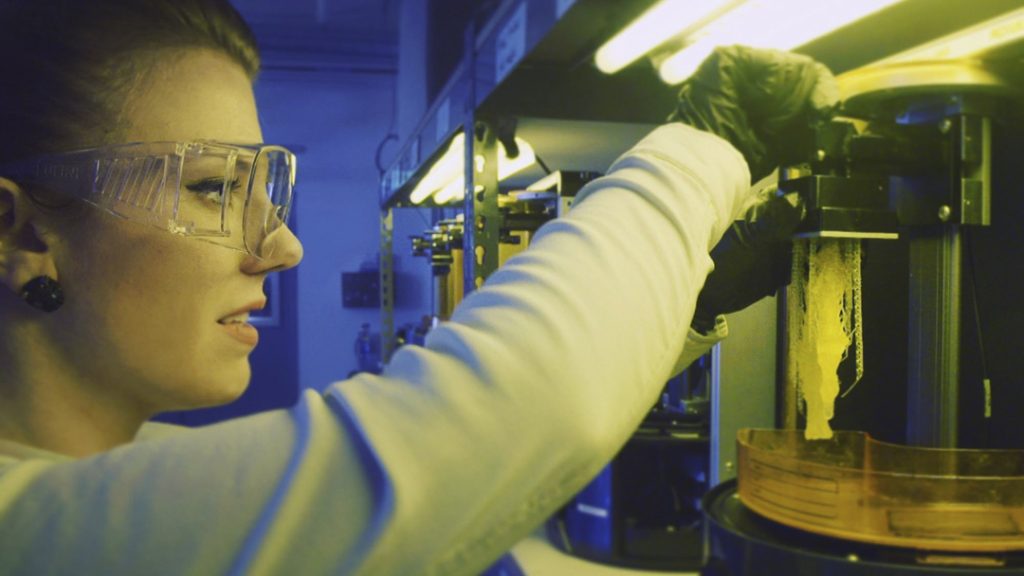 Artist Amy Karle from YouFab2017, as well as a BBC 100 Women honoree 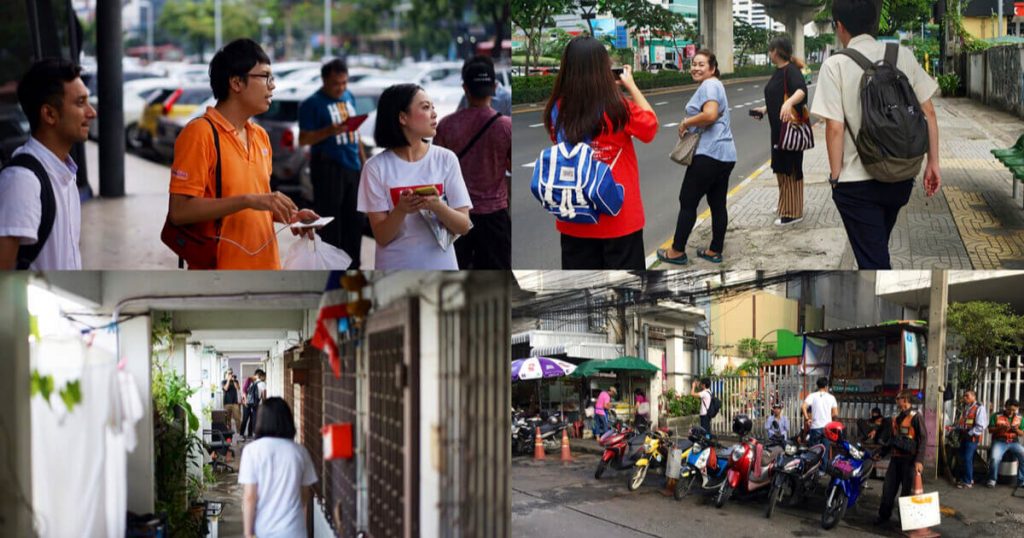 YouFab joined forces with Lion Corporation in 2018 to establish an “Innovation Lab”, a research unit that conducts research on the businesses of tomorrow, rather than the development of new products.

Besides encouraging artists to design art with purpose, it was important to Ishizuka for YouFab to become the bridge that connects creators with the society that their art serves.

As such, the awards partner with a major business sponsor each year for a special award category that is mutually beneficial to businesses and artists. YouFab works with the business partner to determine the category theme so that the business can discover innovative insight and solutions relevant to its field, as well as the artistic talent who it can work with to make these visions a reality.

This year, YouFab has partnered with Japanese rail giant East Japan Railway Company for the “NewHere Prize” that calls on entrants to design works that envision the future of transport and mobility. YouFab partners in previous years include Panasonic and Lion.

Looking forward, Ishizuka wants to open a YouFab Academy to create a learning space for knowledge sharing. Rather than treating education as an administrative service, her hope is to establish a free and public school of sorts that teaches not just art, but knowledge.

Although she is inspired by Japanese artists Takahiro Yamaguchi, Kazuya Kawasaki, Soichiro Mihara, she feels that the country’s creative scene has fallen behind since the 90s.

“The current Japanese creative scene doesn’t look outwards and so there is no inspiration, no spark, no creativity,” she said. “We have the internet but we’re not looking beyond domestic inspiration and not connecting with the world.” 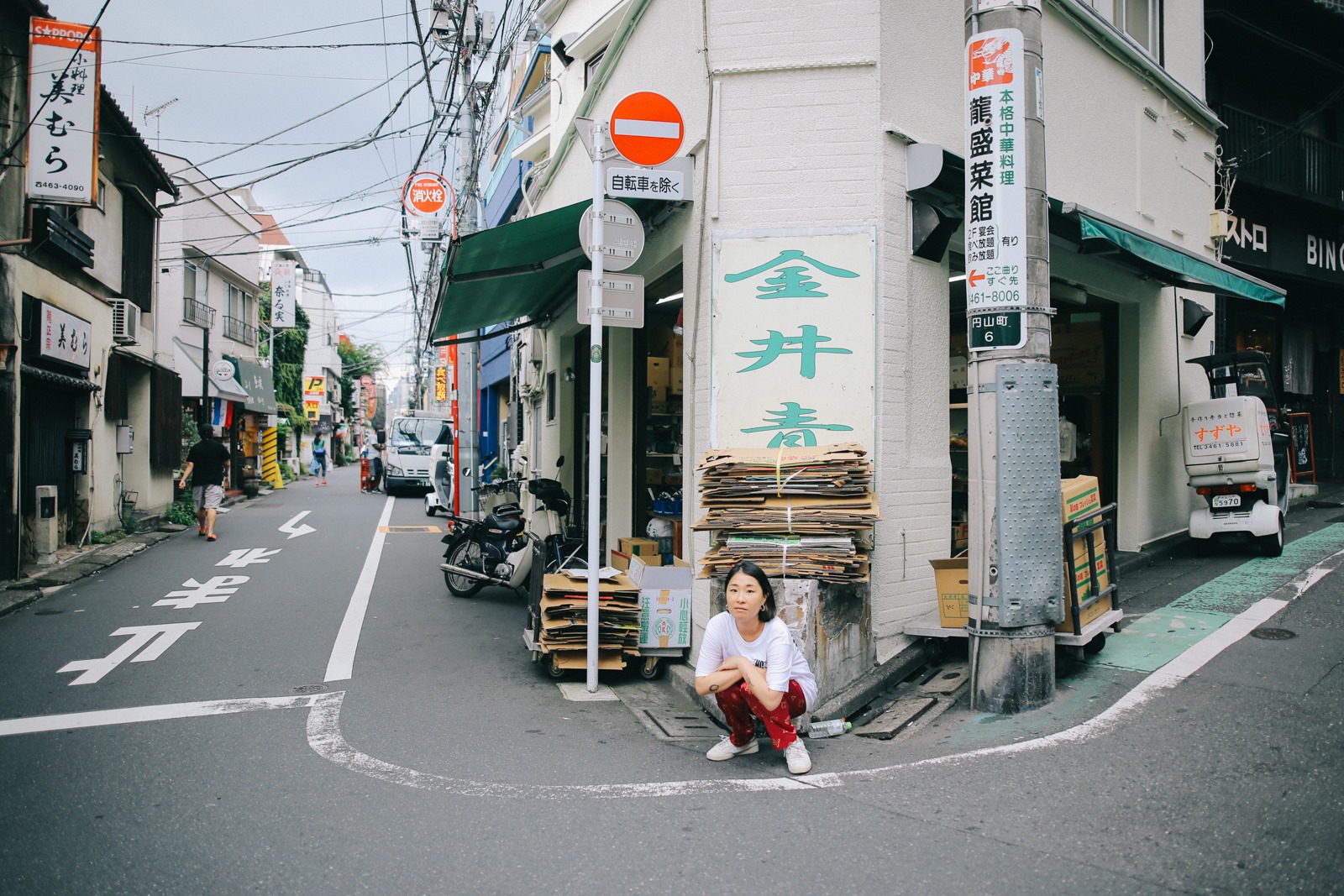 Chiaki Ishizuka in the neighborhood on the quite side of Shibuya

The academy, whether virtual or real, would change that. “For Japanese creators, it will be a place to foster creativity in society and the world,” she said. “For creators around the world, it will be a platform where they can get advice when they are facing obstacles and creative blocks.” 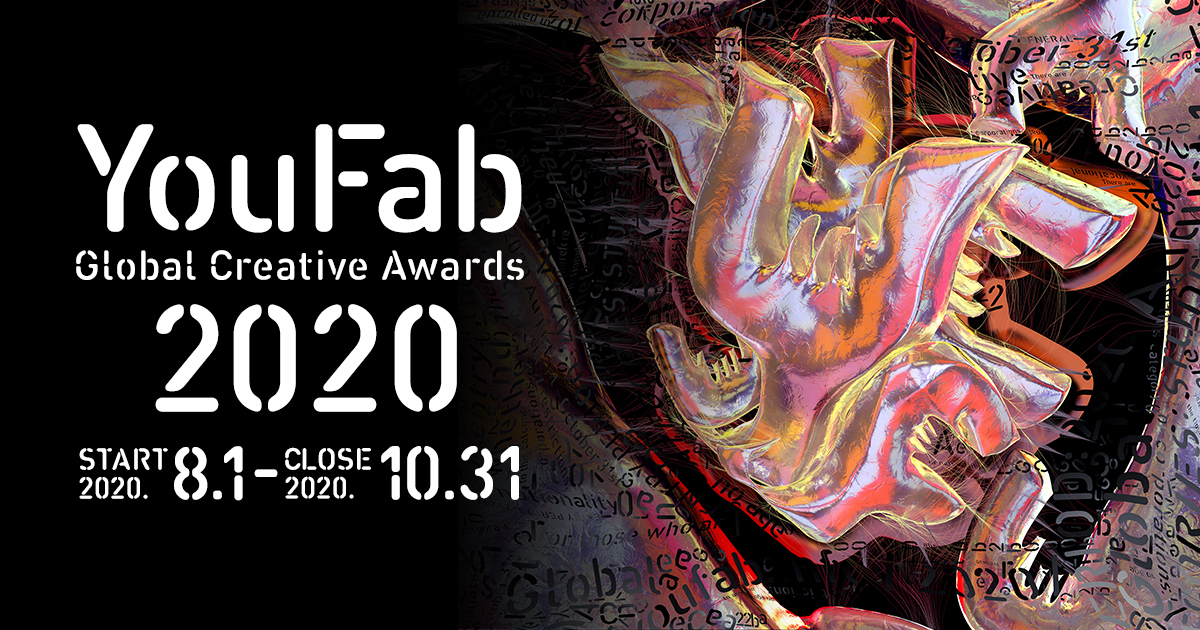 Theme: Contactless
In line with its mission of capturing the zeitgeist through art and design, the 2020 award theme is “Contactless”. As the COVID-19 pandemic has forced sudden changes to social systems and personal lifestyles through quarantines, lockdowns and social distancing measures, YouFab is calling for designs that shed light on experiences that bring humanity back to everyday life, as well as works that present actual experiences where being contactless is stronger by default.

Entry Requirements:
The YouFab awards are open to all individuals and corporations around the world, regardless of age and nationality. All works, products and services past the planning stage will be accepted, and works can be physically or practically implemented, currently in operation or have already been published or released. Starting 2019, works done without digital production tools are also welcome.

Student Prize: Certificate and US$500

Special NewHere Prize: Certificate and US$1,000 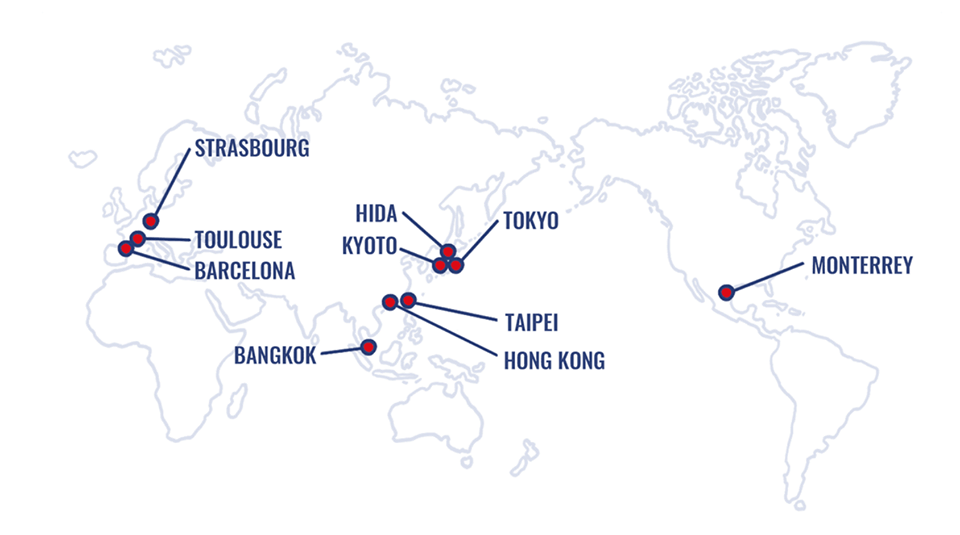 Inspired by the ‘Fab’ revolution as prescribed by MIT maverick Neil Gershenfeld, FabCafe is a series of ‘Fab’ innovation labs that specialize in creating products, services and experiences of the future. Here, maker enthusiasts, businesses and everyday people can access digital fabrication tools and experiences for fields ranging from fashion to bio. Founded in Tokyo in 2012, FabCafe’s global network now serves and fosters creative communities in 11 locations around the world, including Bangkok, Barcelona, Hong Kong, and many more. Official website here.