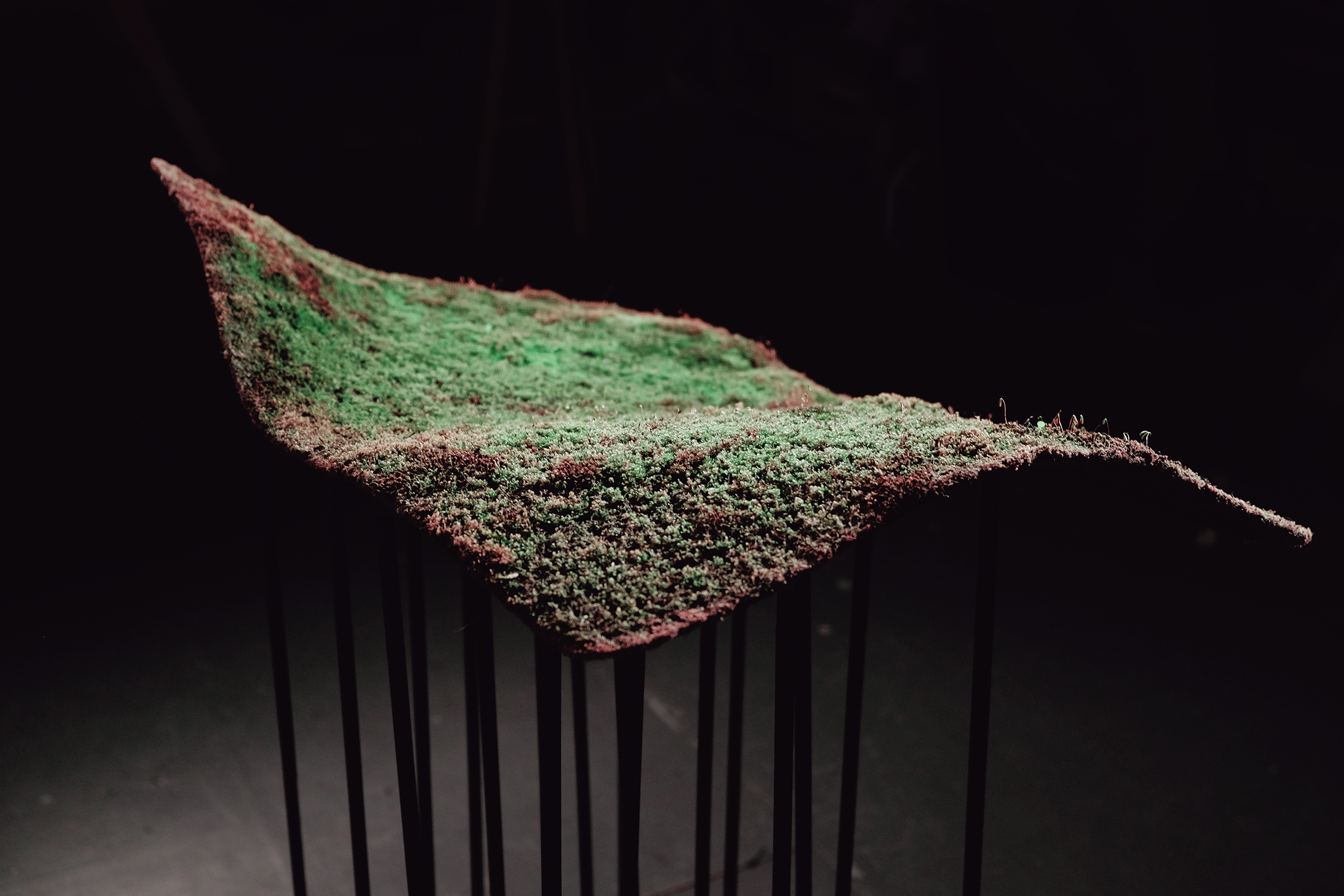 The need for rewilding and restoring biodiversity [Pörtner, 2021] and the drive to use artificial intelligence as an agent in climate action [CCAI, 2019] questions humans’ position as dominators of the biosphere. This project investigates the potential, complexities and ethics of new human-technology-nature relationships and hierarchy shifts needed to reach the net-zero goals.

Destabilised Common Grounds is a set of performative installations and workshops revealing the wisdom of moss colonies. It invites a deep engagement with a fascinating community that we tend to overlook – mosses. Mosses are uncompetitive, slow and extremely resilient. Moss can survive long stressed conditions in drought or freeze due to its colony structure and sensitivity to environmental changes. Mosses grow in colonies of independent strands. The density of the colony supports the individuals and protects them. The colony stabilises the soil and set conditions for other plants to grow and prosper. It is fascinating to compare moss and its behaviour to capitalistic values. In some aspects, moss is an antithesis – it grows very slowly, and it is uncompetitive. Through the moss, we can explore the qualities of a community, Will it make us see our communities differently?

In this project, audiences are invited to influence the moss’s climate and see the impact of their actions on the moss’s condition in real-time through two large projections: Through a macro-lens view, showing the movement of the strands, and another through a red filter that emphasises the dry and vulnerable areas. The participants’ interventions act as a metaphor and as a reflective tool to human and non-human relationships.

During the workshop, a moss rug acts as a board game. Each player gets a territory. Their goal is to keep it the greenest and most prosperous area. During the game, the players influence the climate of the moss using water spray, hot air and manipulating the rug’s topography. As the game progresses, they would discover how their actions affect the moss’s condition. Would they try to change the course of the game and collaborate to try and balance the moss rug?

How can we relearn our being in the world through play? Can interaction with moss help prepare us for the transformation needed in our social and economic systems to tackle the climate crisis?

Destabilised Common Grounds is a participatory installation comprising natural and technological elements based on moss colonies, an interactive and intelligent matter which responds instantly to its environment and acts as visual biofeedback.

Designed as a game, the installation invites participants to protect the moss, a profound carbon sink. By influencing the ecosystem using water, light and temperature, participants witness the impact of their actions. The installation acts as a reflective tool exploring how this feedback loop informs players choices and how this experience might restore a primal connection to the environment.

The participants’ interventions act as a metaphor for human and non-human relationships. By exploring the wisdom of moss colonies as uncompetitive, slow and resilient entities, This project sees the vital link between society and ecology, aiming to be a catalyst for discussion, activism, and governance change models while exposing the tensions between competition and ecological balance. 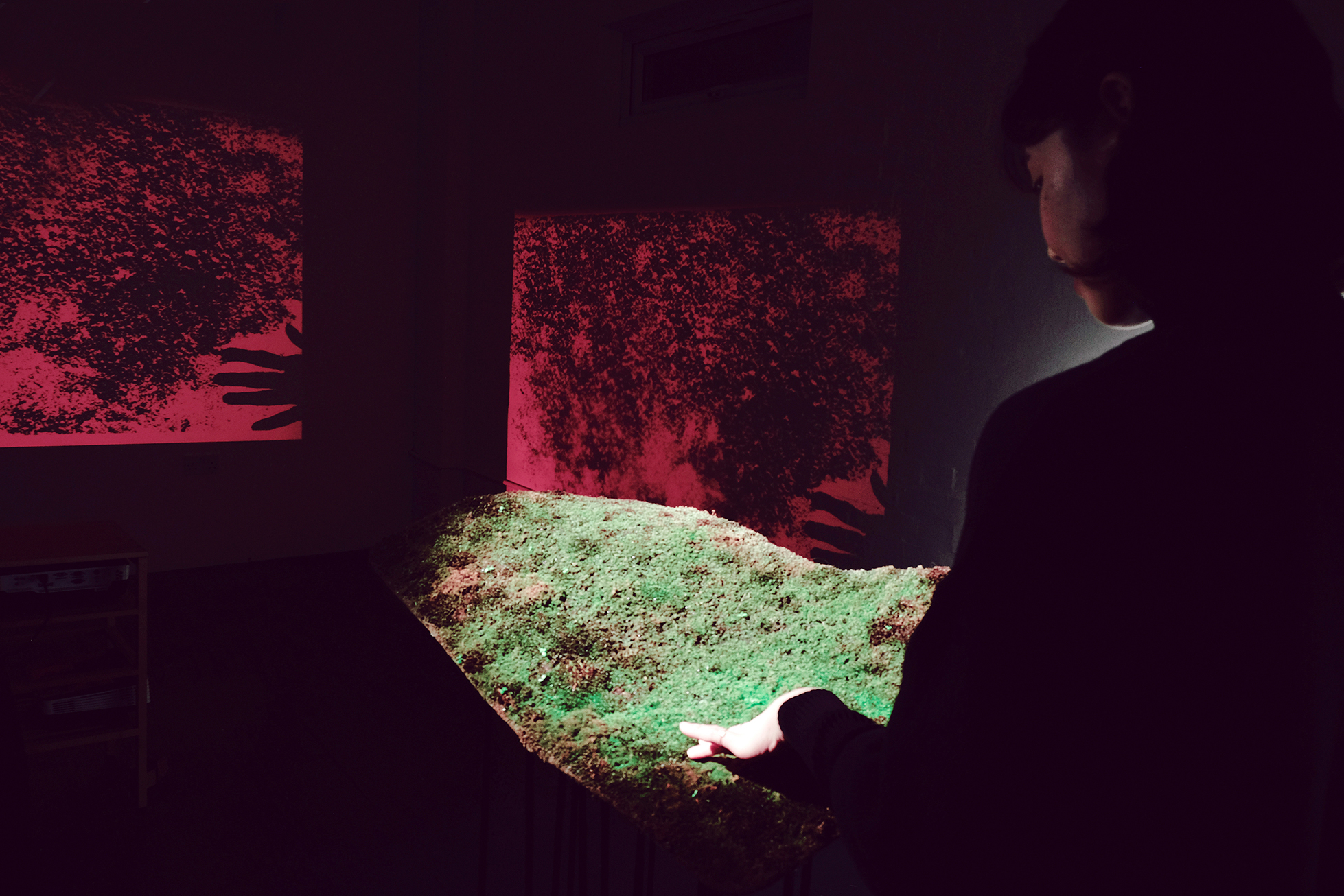 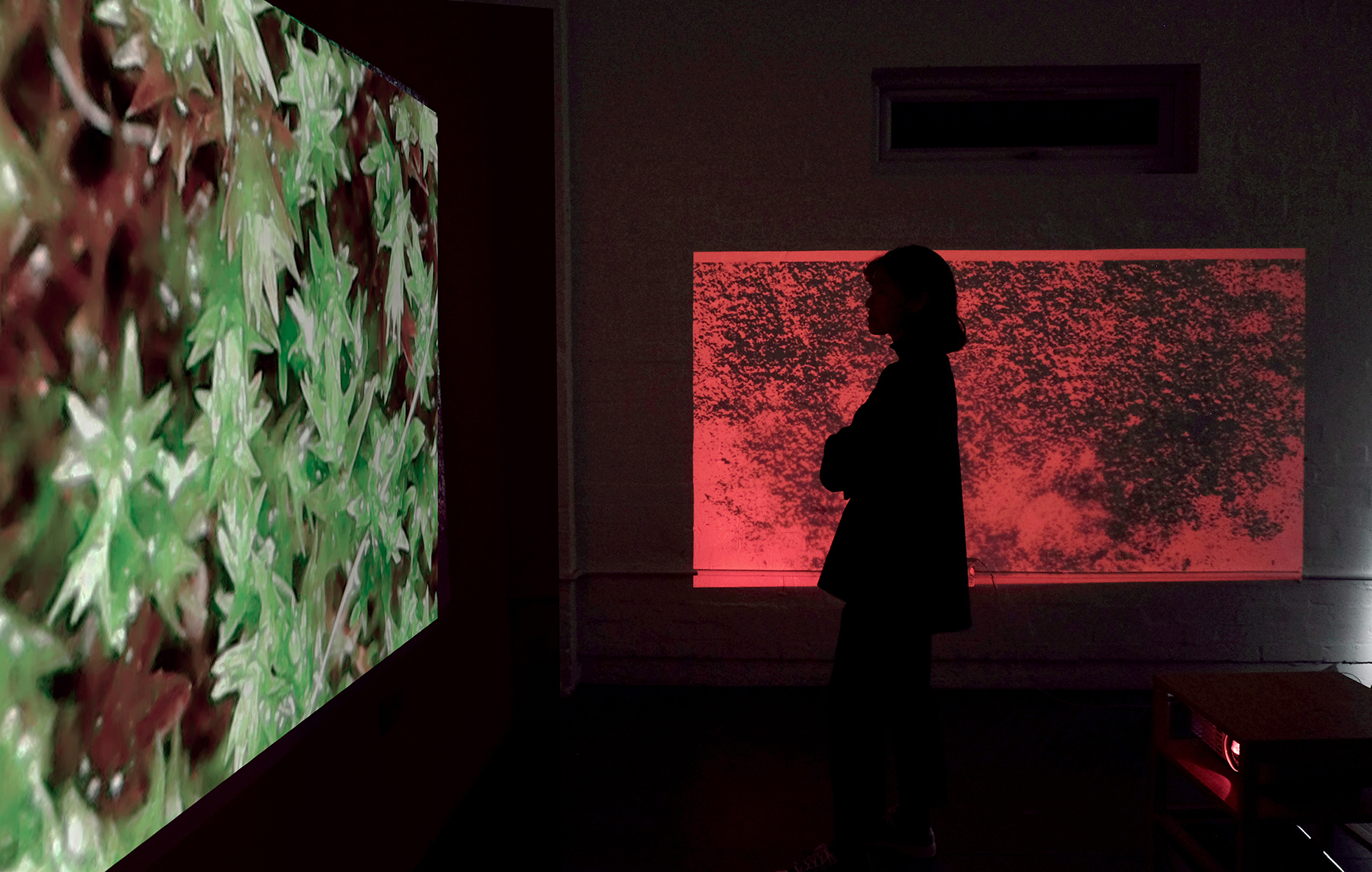 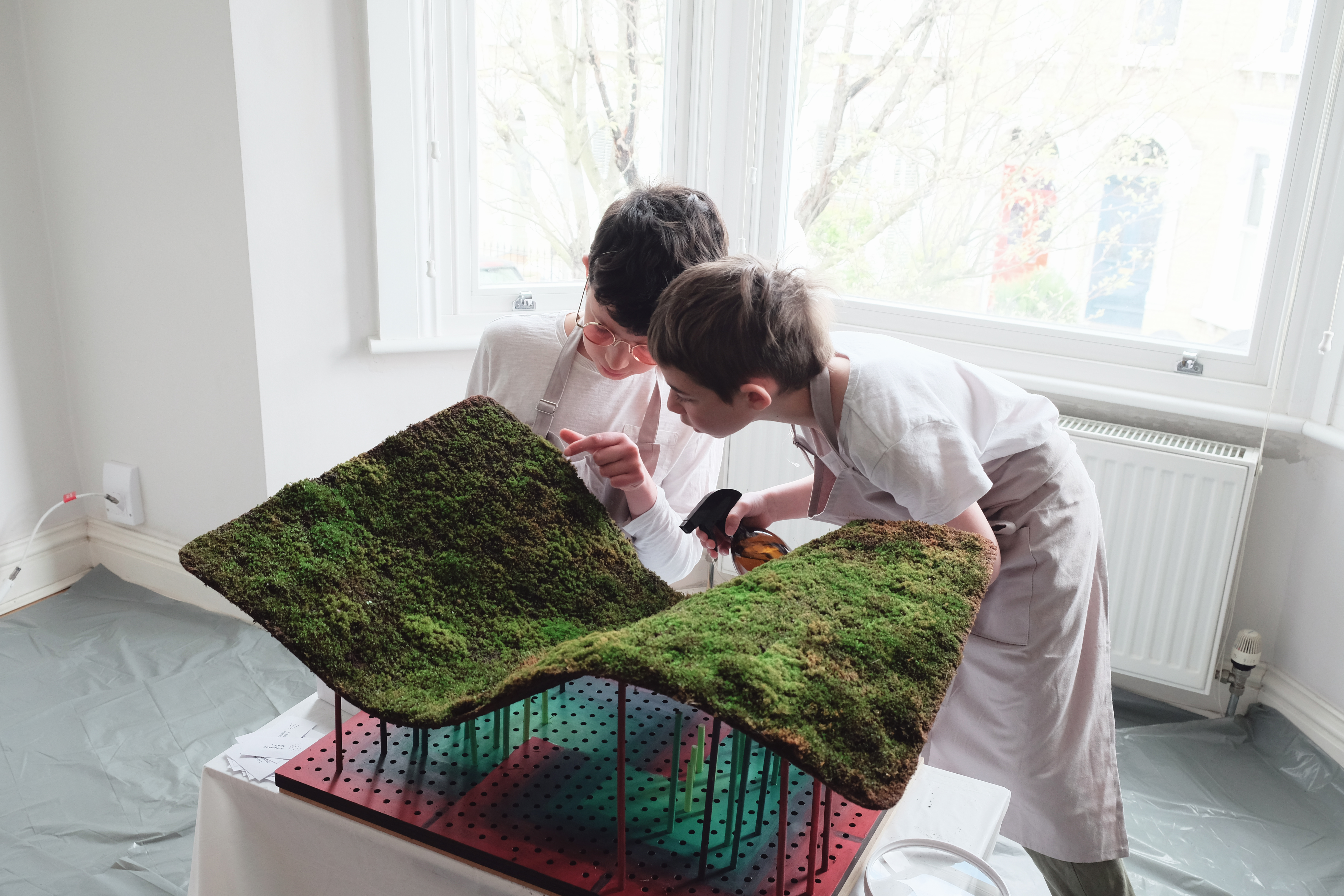 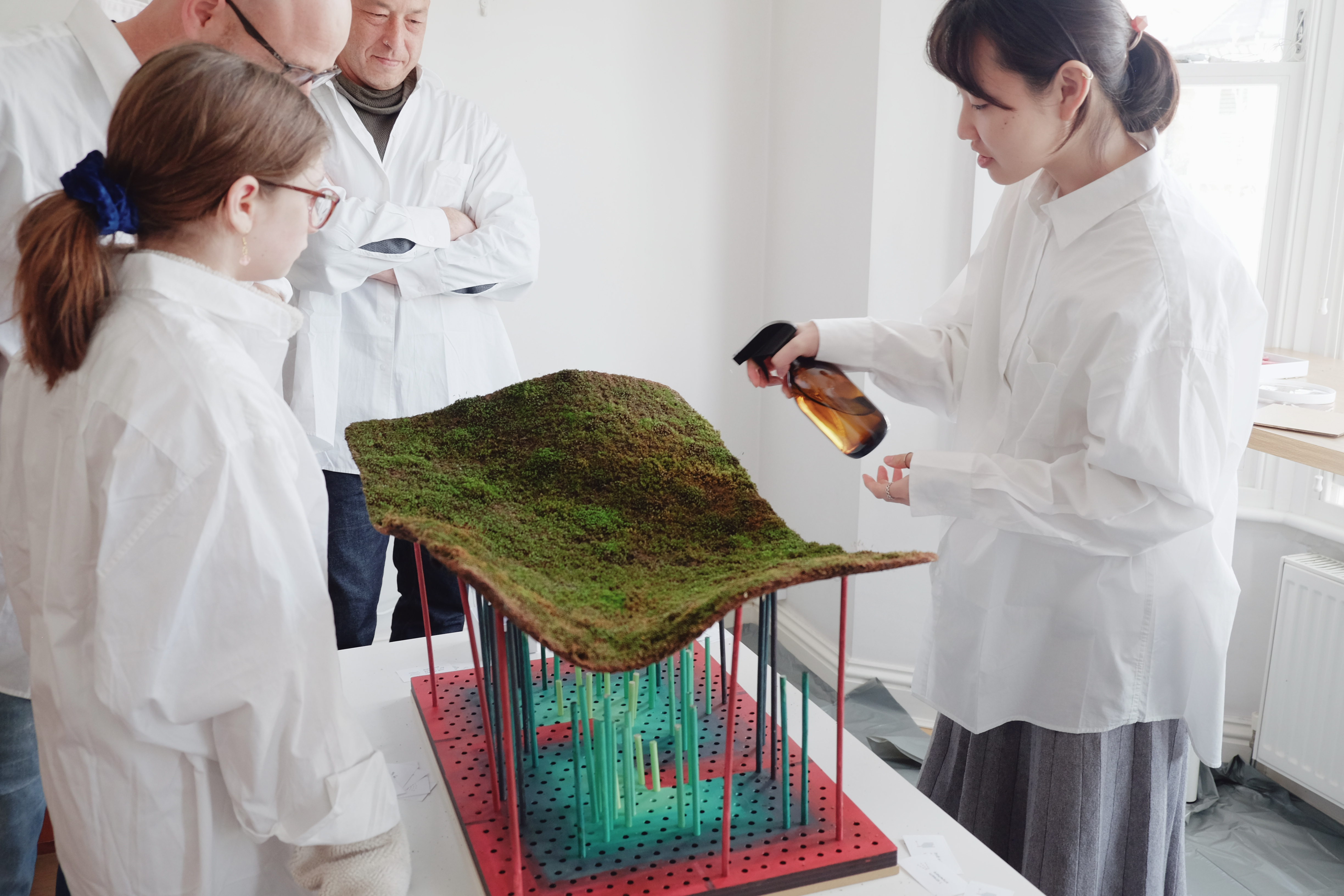 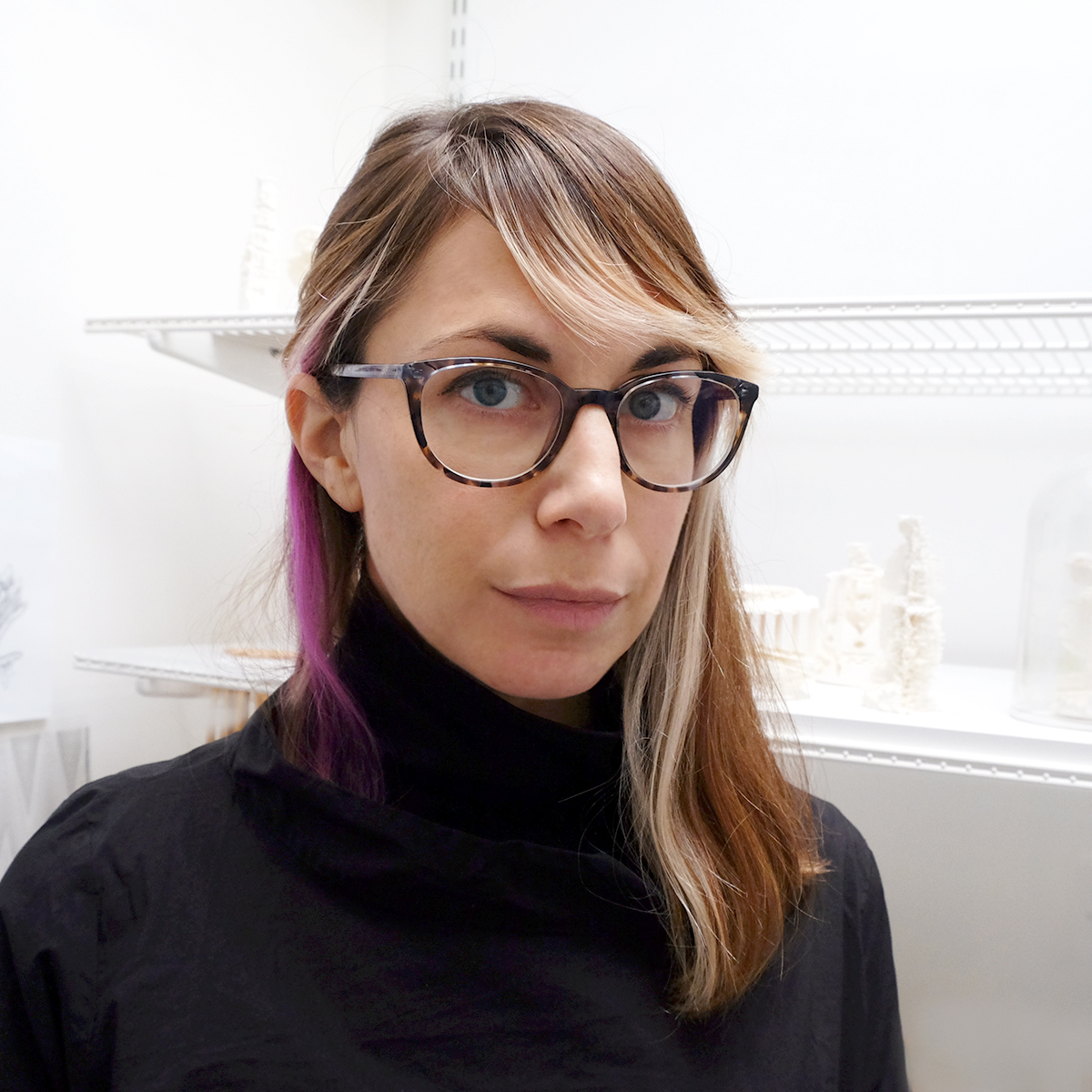 I am a designer/artist based in London. My work explores the interconnection between society, technology and ecology. I use participatory installations to create interactions between humans and their biosphere. Using feedback-loops as my main method, I combine ecological systems with computational elements, from digital interfaces through inflatables to responsive plants; I challenge human perception and provoke thought about bioethics, power relations, and the Anthropocene implications. My experience as visual communication and editorial designer, teacher and mother, shaped my approach for making information accessible to diverse audiences. I see design and art as reflective tools for society and geopolitics. I believe visual and sensory experiences can create memories and insights, become catalysts for discussion and ultimately lead to social and cultural change.