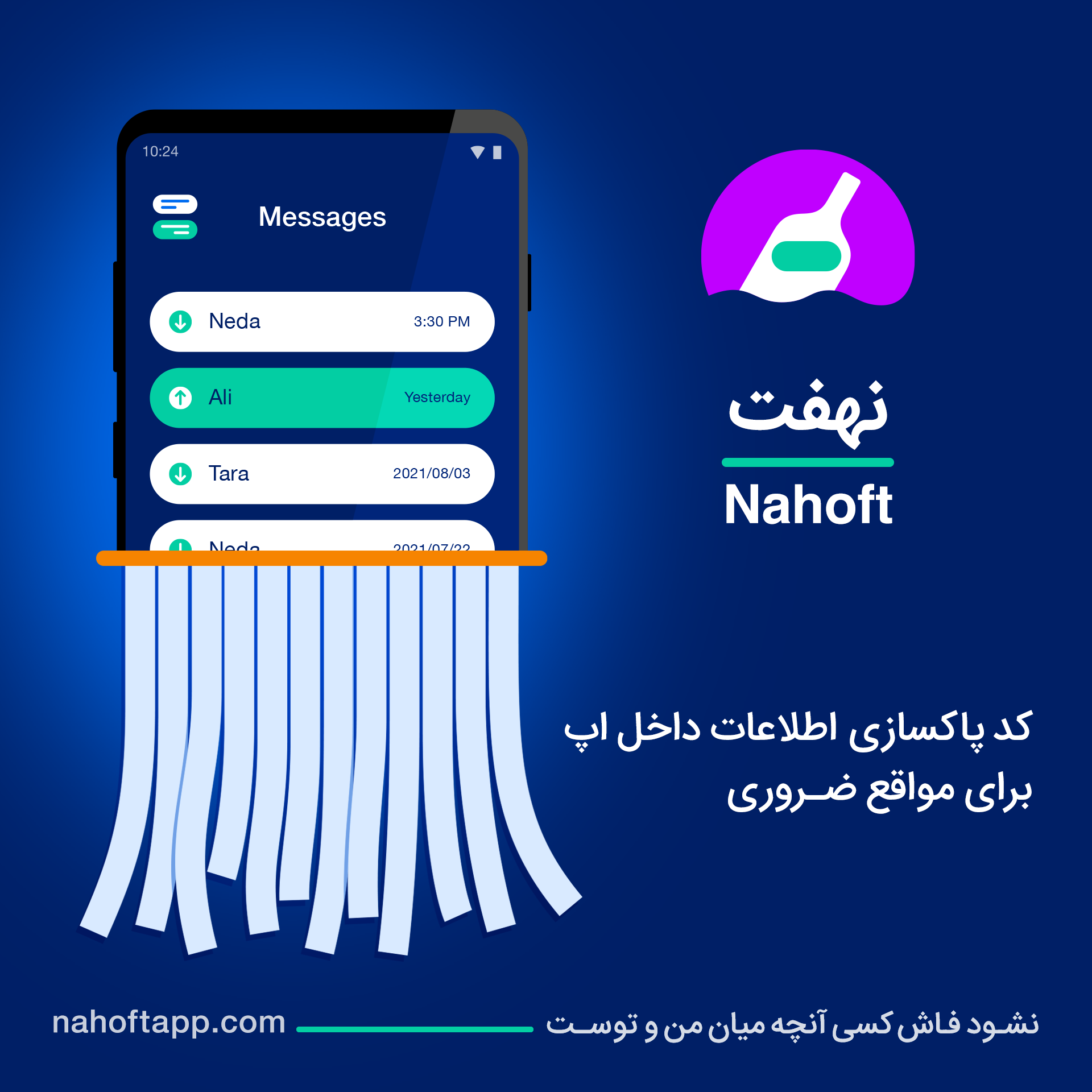 Nahoft, which means “hidden” in Farsi, is a state-of-the-art encryption mobile app custom built for Iranian users. While not a messenger, it can be used with any messaging app, even the ones controlled by the Iranian state. If there is an internet shutdown or if the international messaging apps are unavailable, Nahoft can make private communication secure in an insecure network.

Nahoft’s objective is to (1) offer Iranians an extra layer of confidentiality and digital freedom and (2) show the Islamic Republic of Iran that their efforts to limit its citizens’ internet freedom will be thwarted at every step of the way.

The idea for the app was born in 2012, on a bus in Turkey when an Iranian dissident journalist, Mohammad Heydari, and Iranian student activist and security expert, Reza Ghazinouri, now both U.S residents, discussed freedom of the press in a repressive country they both had to flee.

The brutal and bloody Aban protests in November 2019 in Iran were a wake-up call for them and United for Iran that creating Nahoft was urgent. During the protests, the Islamic Republic of Iran managed to shut the Internet off for a whole week, effectively gagging and blinding its citizens. No information flowed in or out of Iran. Meanwhile, during this state-orchestrated blackout, Iranian forces ruthlessly cracked down on their own people and killed at least 304 men, women, and children, and arrested 7,000.

Nahoft was created with Iran and its unique political and socio-economic situation in mind. An authoritarian state run by an Islamic clergy, Iran cracks down on its citizens’ basic human rights and civil liberties, in particular freedoms of speech, press and peaceful assembly. Those freedoms are anathema to any authoritarian regime and are always first to be crushed.

Nahoft was created for Iranian activists, journalists, civil society organizations and regular people so that they can safely access information, exchange ideas, advocate for human rights, and continue to organize undetected by the regime. 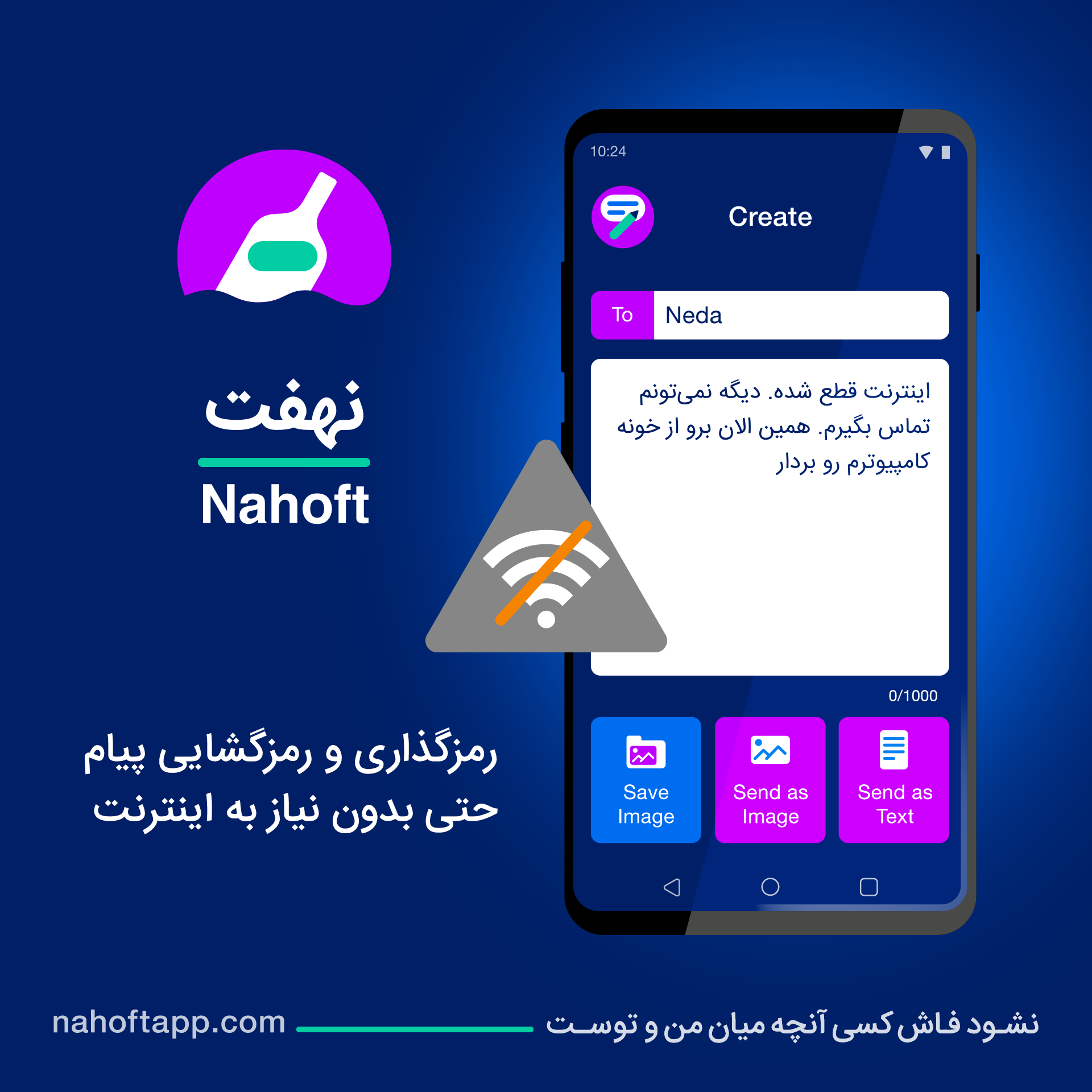 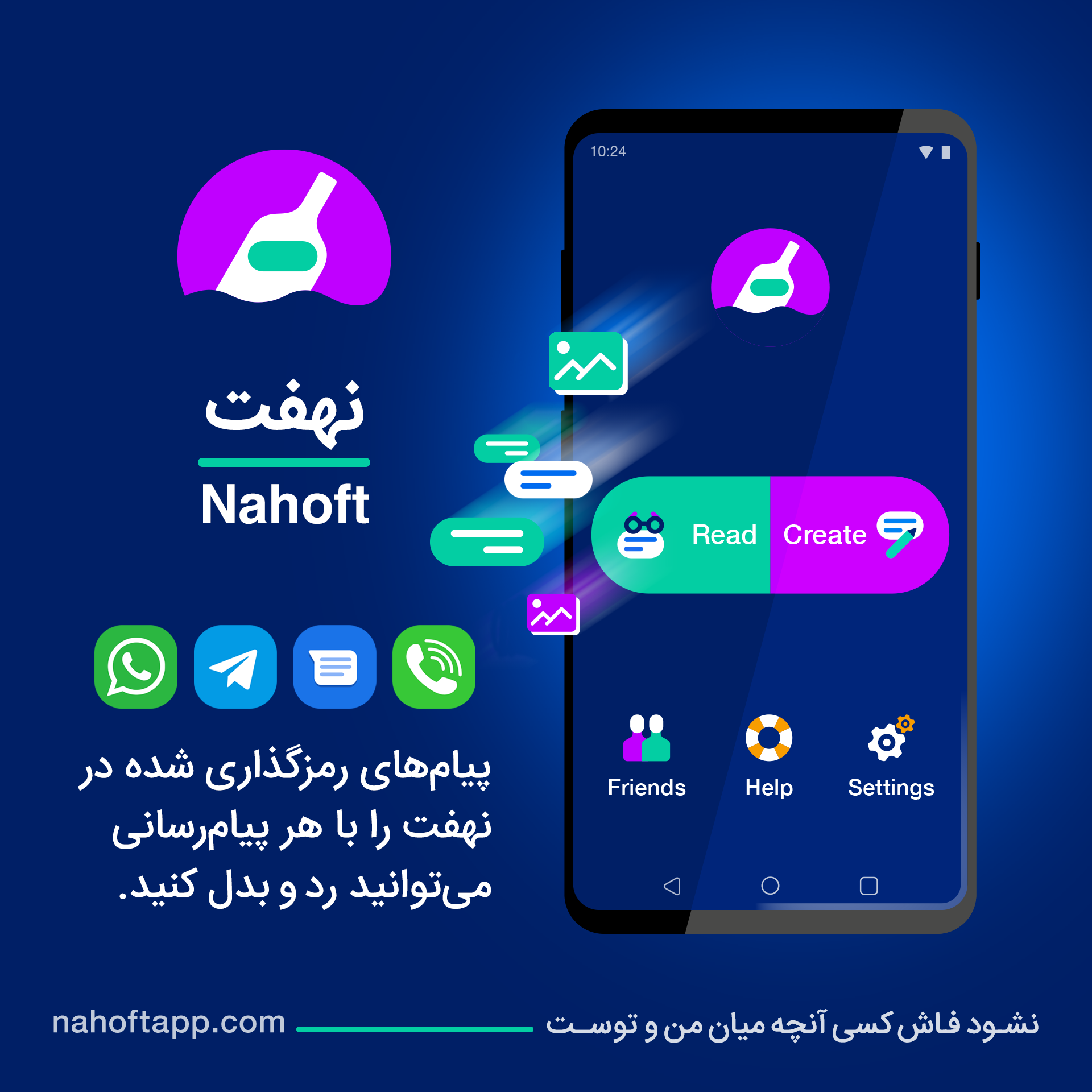 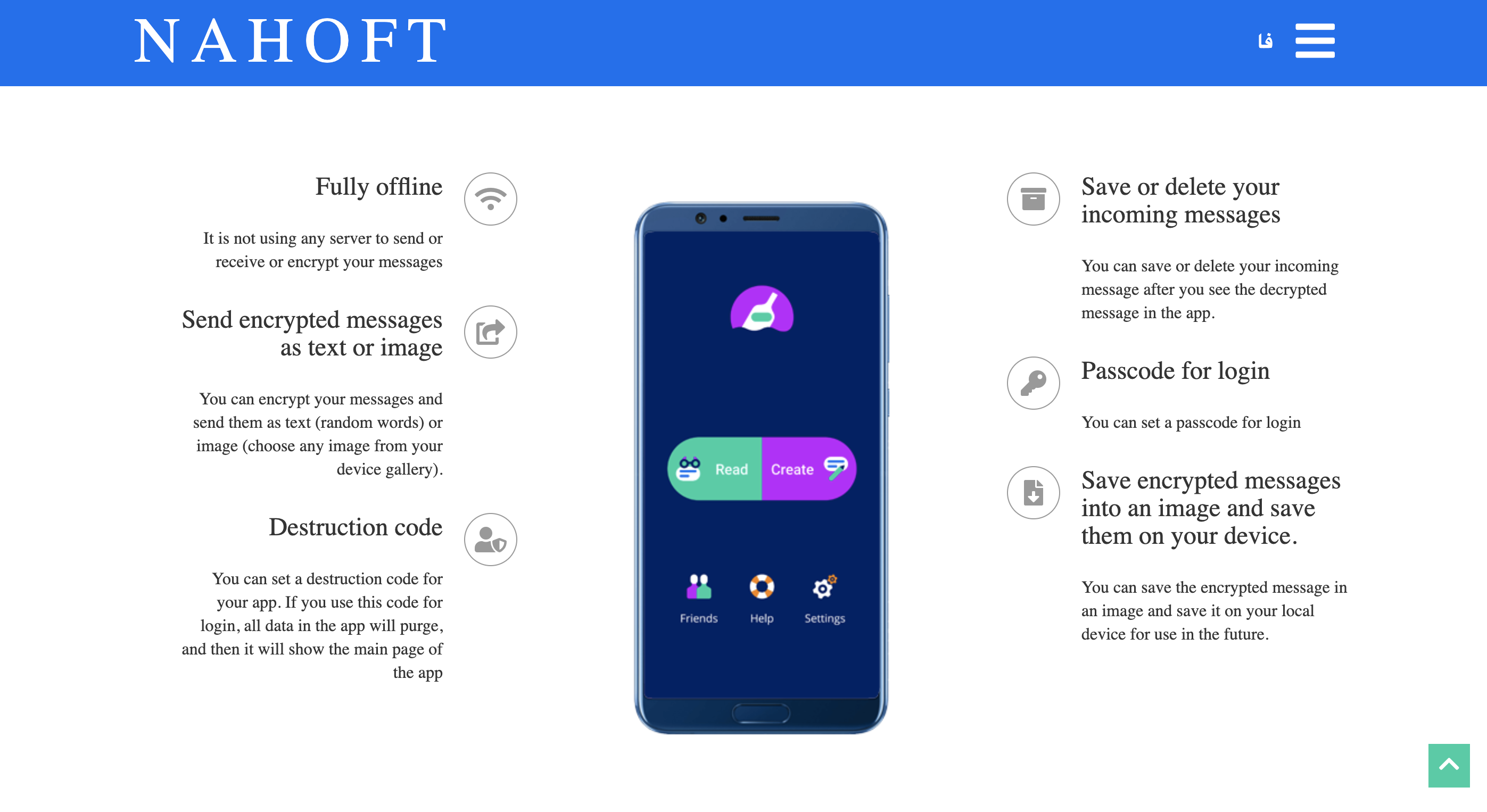 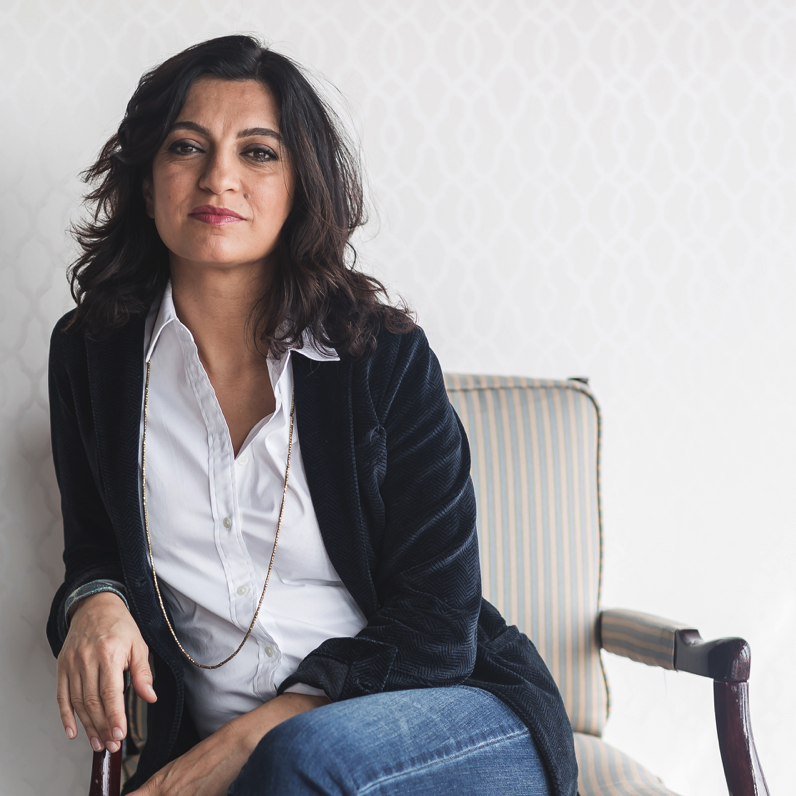 The idea for the Nahoft app was born in 2012, on a bus in Turkey when an Iranian dissident journalist who needs to stay anonymous and Iranian student activist and security expert, Reza Ghazinouri, now both U.S residents, discussed freedom of press in a deeply repressive country they love, but both had to flee.

They approached United for Iran—Bay-Area NGO working to promote civil liberties and civil society—project to create an app that would allow Iranian people and the diaspora to stay connected during total Internet blackouts and other crisis situations, which were getting more frequent in an increasingly economically and politically unstable Iran.

Ultimately, the app was built with a help of technologists at the Operator Foundation, who are renown for creating bespoke technology solutions for groups working in repressive, surveilled, and unsafe conditions—people who are highly vulnerable and at high risk.